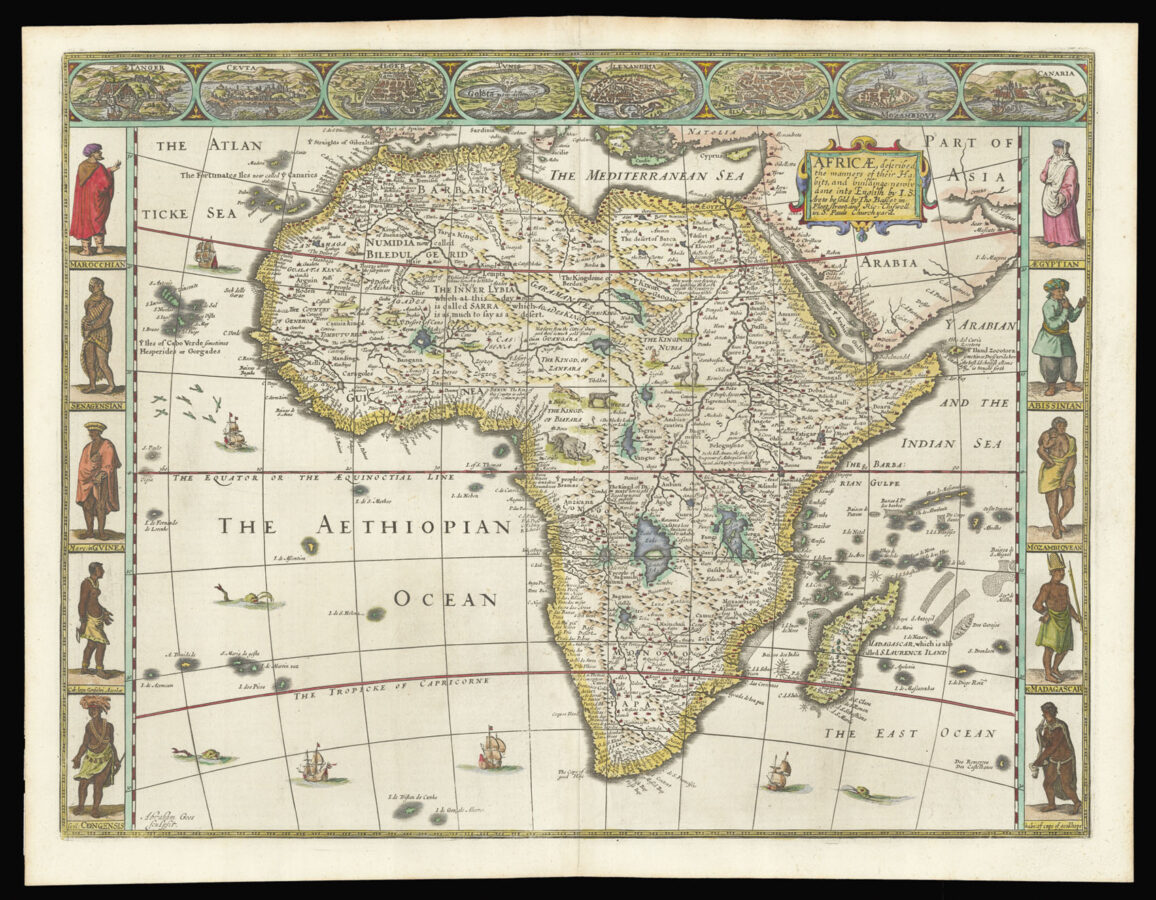 Africae described, the manners of their Habits, and buildinge.

The map was engraved by Abraham Goos for Speed’s ​‘Prospect of the Most Famous Parts of the World’. On top are eight inset views of important cities including Alexandria, Tangier and Tunis, and on the side margins are inset engravings of the local people. The coastline is densely lined with place names, inland are wild animals including elephants and lions, and in the sea are ships and monsters. The source of the Nile is given to the Lakes Zaire and Zaflan, as according to Ptolemy.

John Speed (1552–1629) was the outstanding cartographer of his age. His ​‘Theatre of Great Britain’, first published in 1611 or 1612, was the first atlas of Great Britain: Speed prepared the maps himself about two years before they were published. These maps are from the ​‘Prospect of the Most Famous Parts of the World’, produced in collaboration with Speed to accompany the ​‘Theatre’ and published by George Humble in 1627. Many of the maps were anglicized versions of works by Dutch makers, who introduced the carte-à-figure style, with borders of figures in local costume and city views.