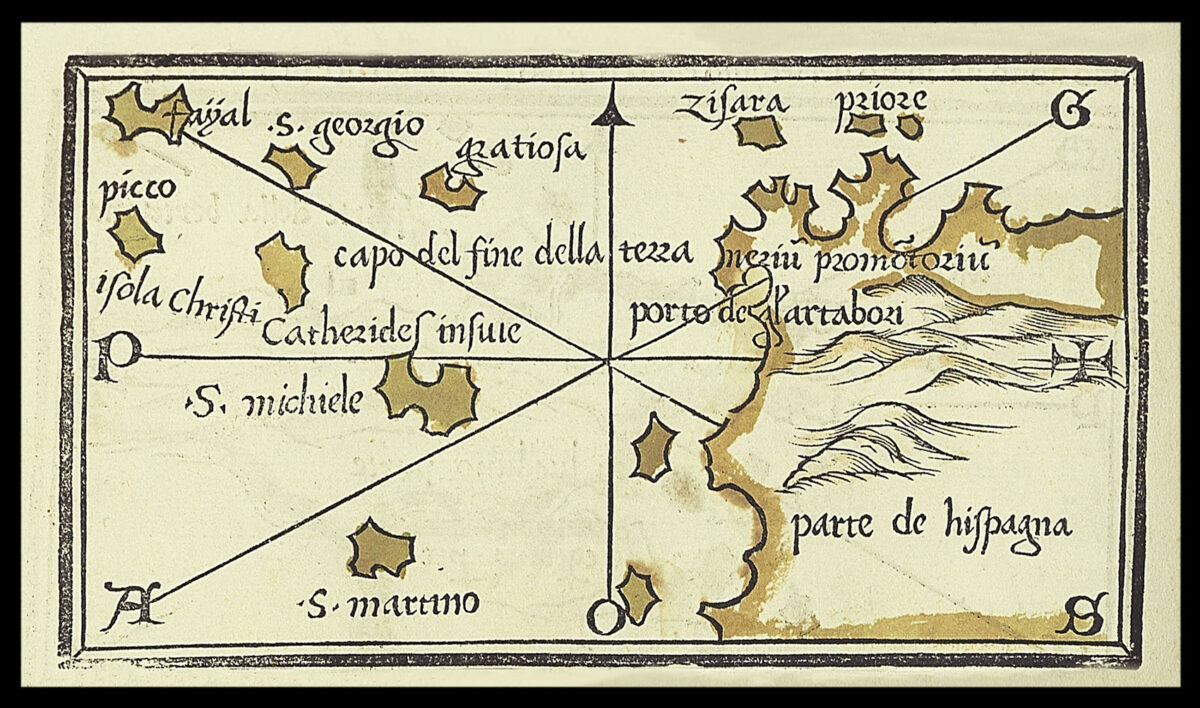 Showing the islands off the northern coast of Spain.