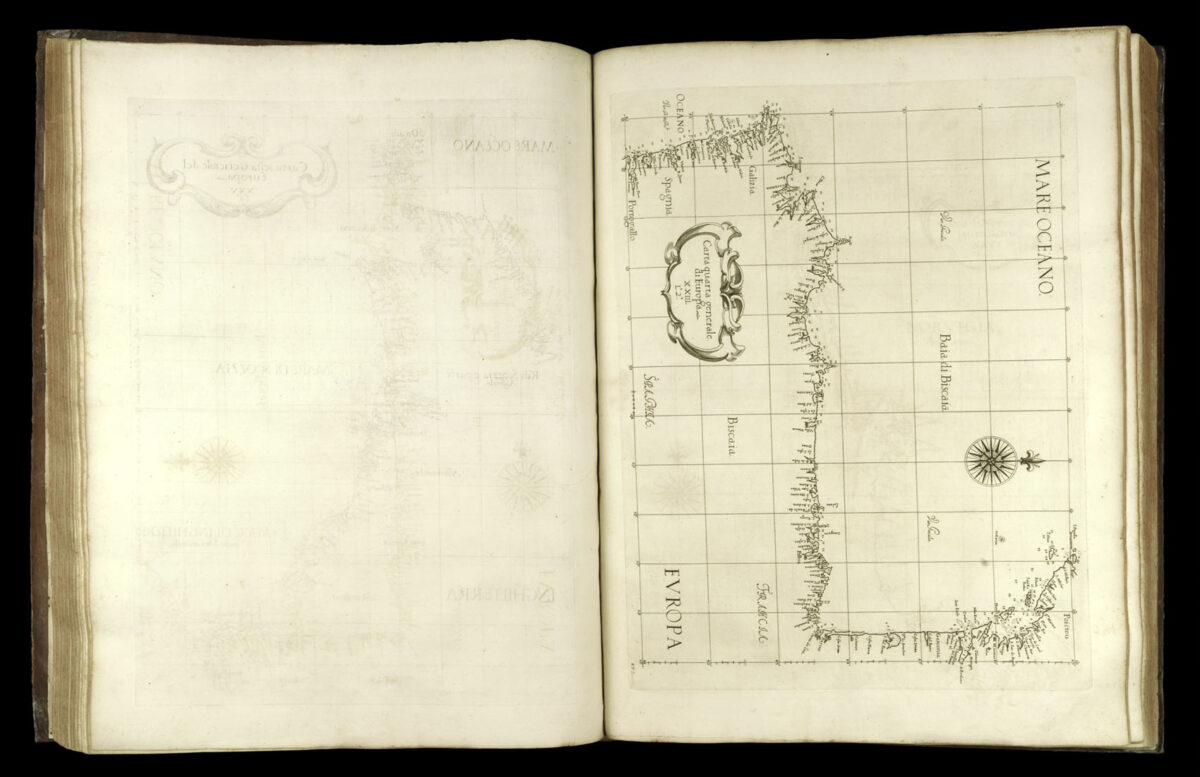 The southwest coast of France and the northwest coast of Spain around the Bay of Biscay, with the north of Portugal just visible. The prime meridian is in the Cape Verde islands.