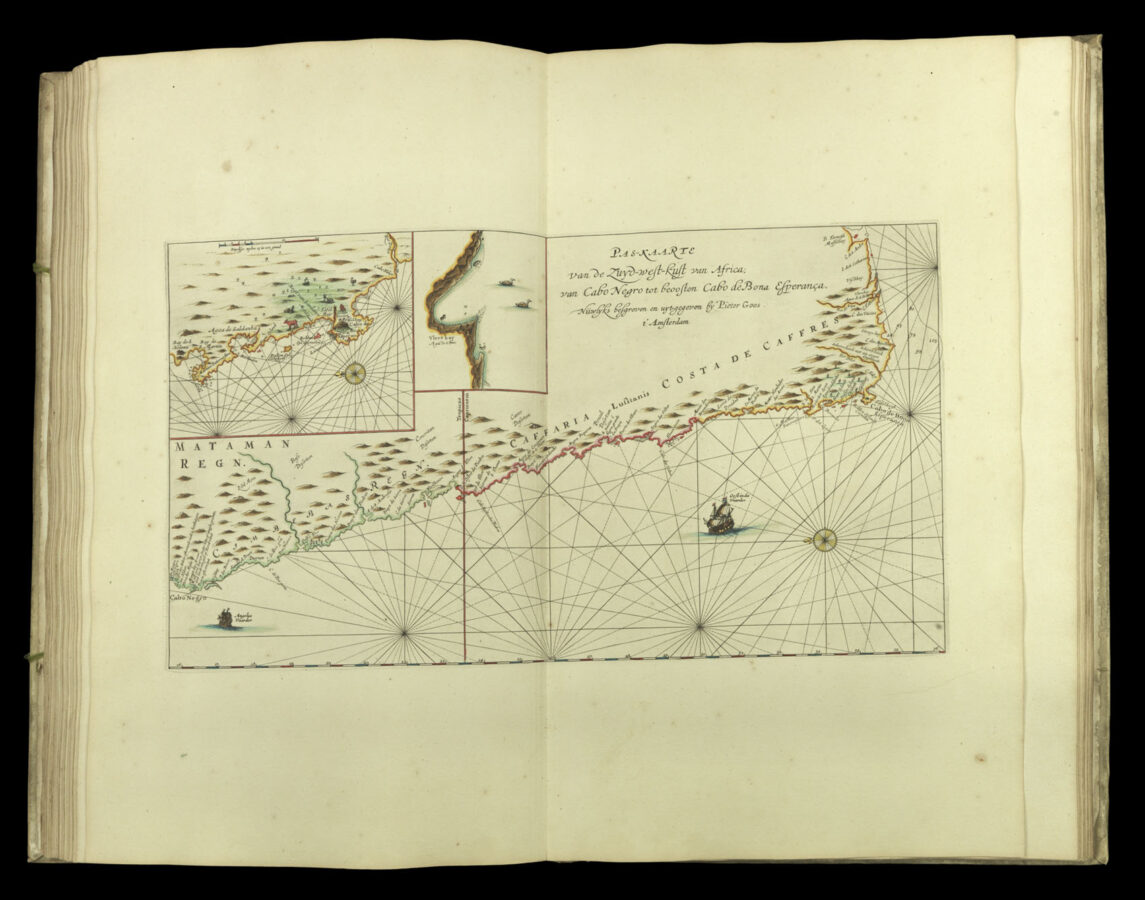 A chart of the southwest coast of Africa, from Namibia to South Africa. The inset maps show the Cape of Good Hope in detail and Vleesbay (now Vleesbai) on the Western Cape. Vleesbai (from the Dutch Vleys Baeye, meaning ​‘bay of meat’) was named by Paulus van Caerden, a Dutch explorer who traded with natives for livestock there.