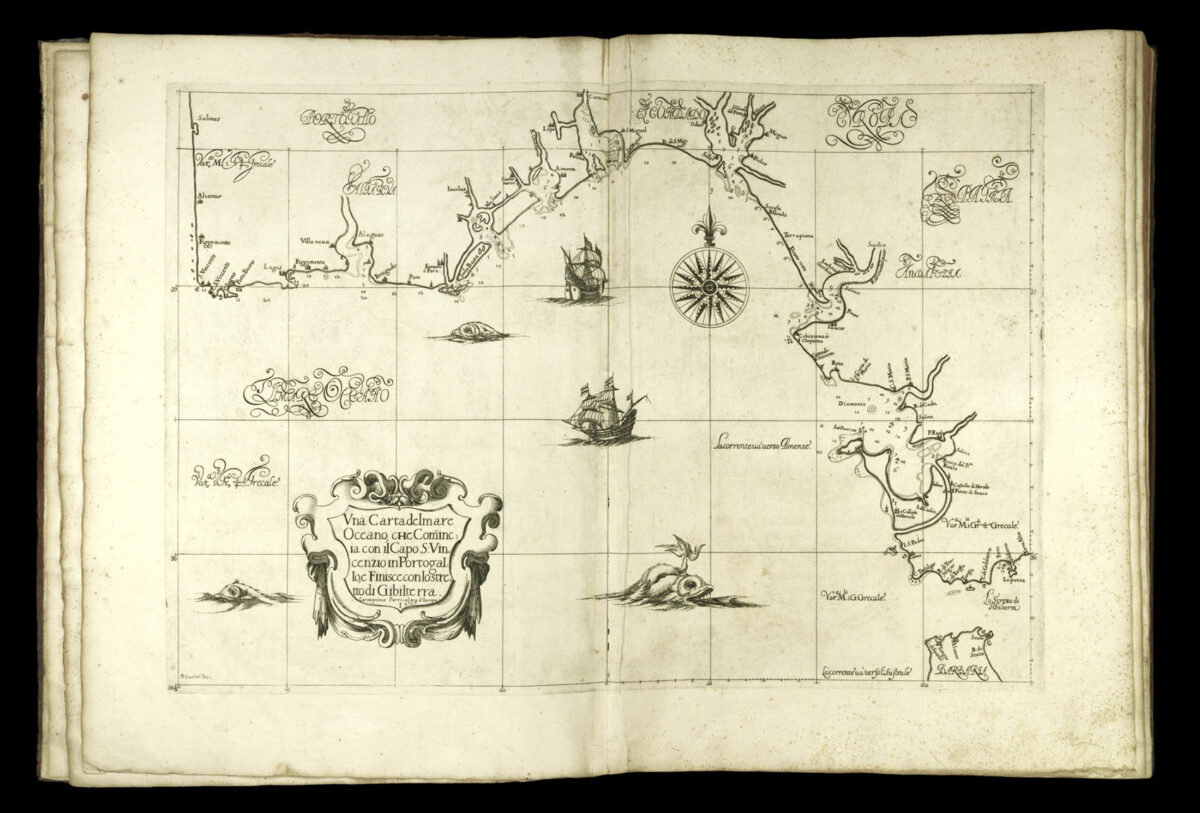 The map covers the southern coast of Portugal from its furthest point at the Capo S. Vincenzio (Cape St. Vincent) to the Straits of Gibraltar.