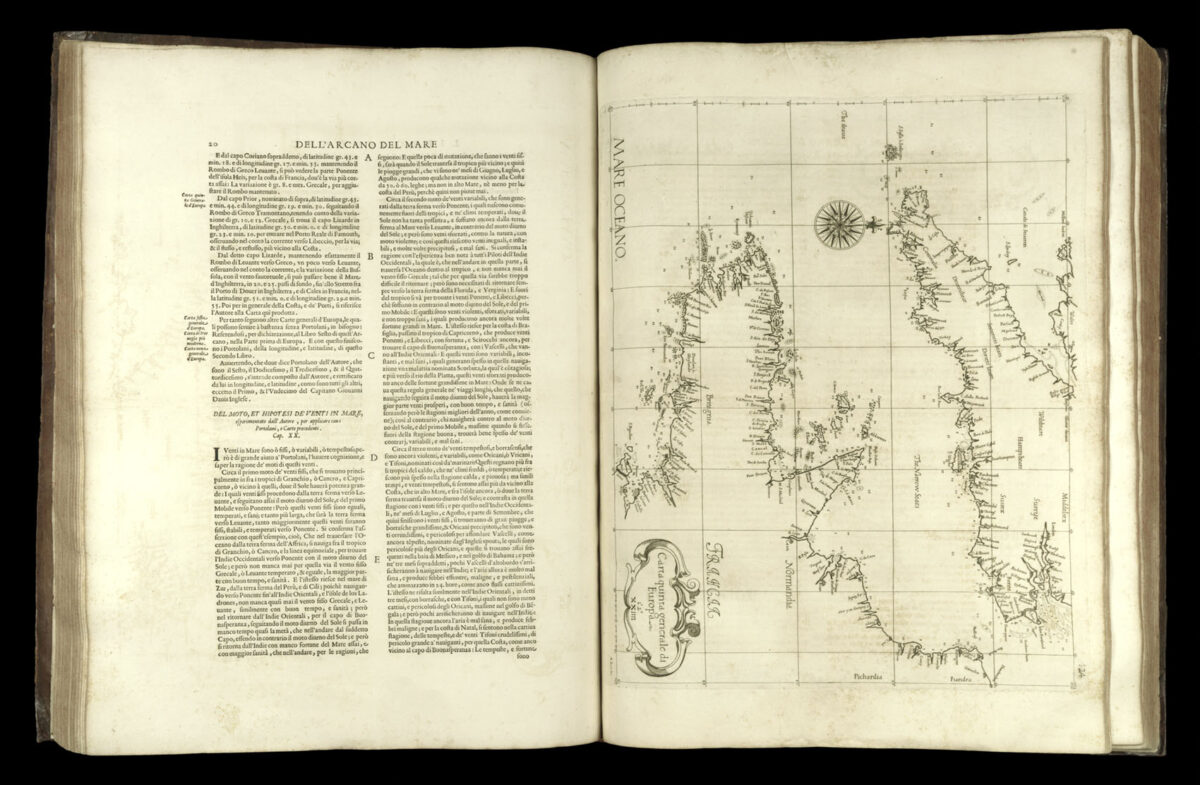 The highly accurate map shows the southern coast of England and northwestern coast of France, with a slightly narrow promontory of Brittany. The English Channel is marked in the centre as The Narrow Seaes and on the left as The sleave, reflecting its present name in French, ​“La Manche”. Beyond Cornwall, the Scilly Isles appear as the Sorlinges.