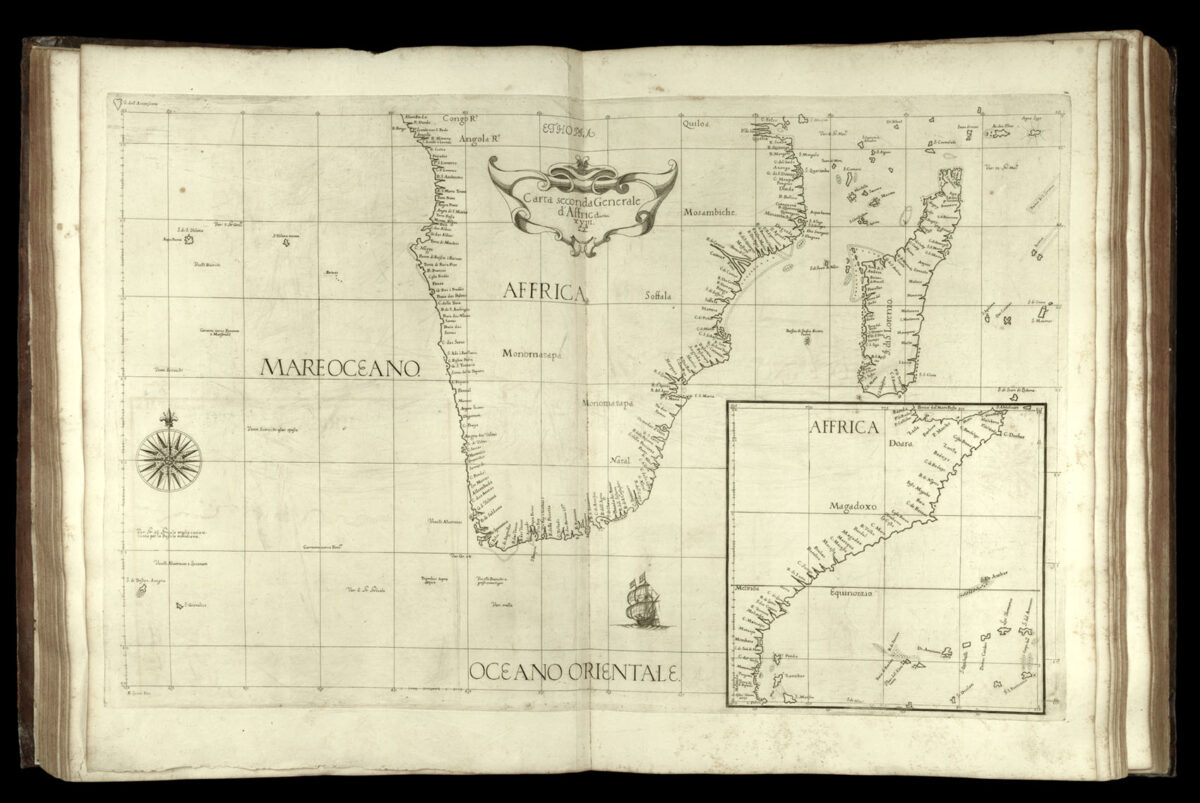 The map shows southern Africa from the Congo down to the Cape of Good Hope. In the lower left corner is the archipelago Tristan da Cunha, the most remote inhabited archipelago in the world. The inset shows the eastern coast from the Gulf of Aden to Zanzibar.