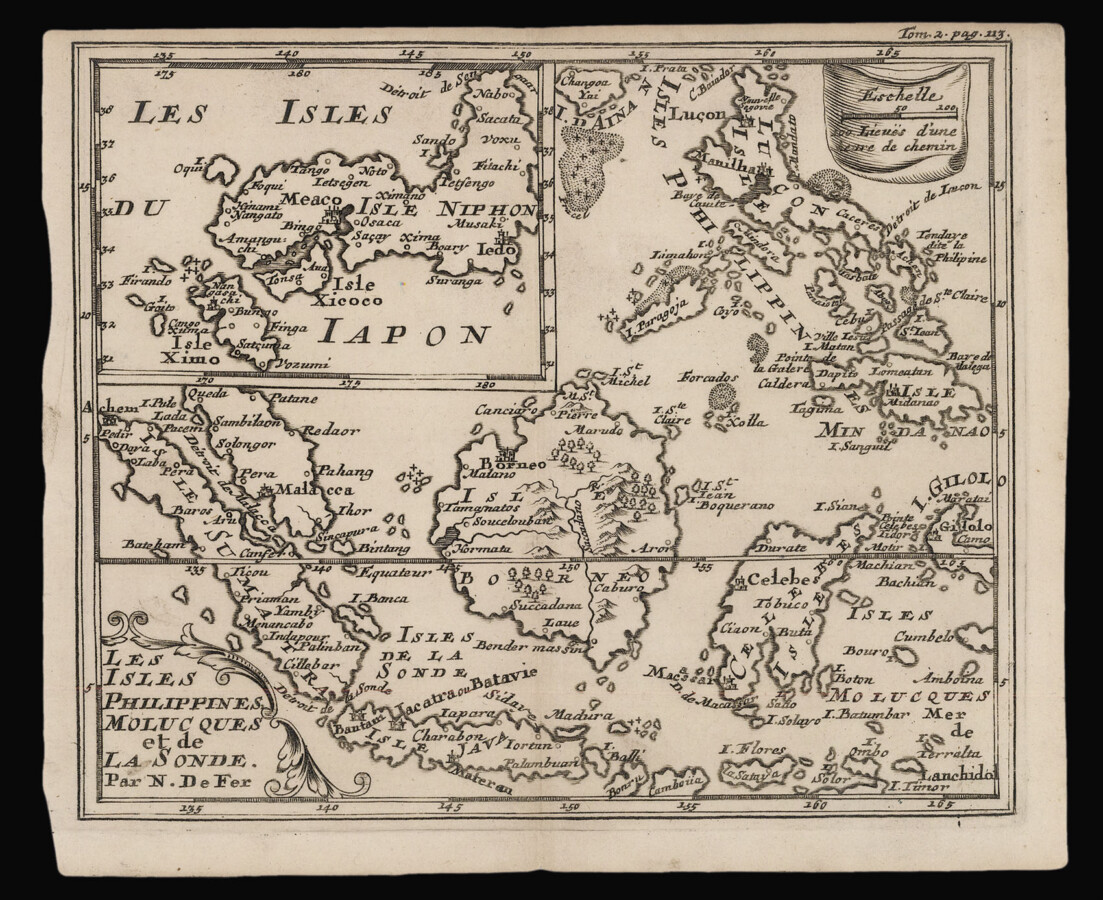 Detailed map of part of Southeast Asia and the Philippines, with a large inset of Japan.

Nicholas de Fer (1646–1720) was the son of a map seller, Antoine de Fer, and grew to be one of the most well-known mapmakers in France in the seventeenth century. He was apprenticed at twelve years old to Louis Spirinx, an engraver. When his father died in 1673, Nicholas helped his mother run the business until 1687, when he became the sole proprietor.

His earliest known work is a map of the Canal of Languedoc in 1669, while some of his earliest engravings are in the revised edition of Methode pour Apprendre Facilement la Geographie (1685). In 1697, he published his first world atlas. Perhaps his most famous map is his wall map of America, published in 1698, with its celebrated beaver scene (engraved by Hendrick van Loon, designed by Nicolas Guerard). After his death in 1720, the business passed to his sons-in-law, Guillaume Danet and Jacques-Francois Benard.