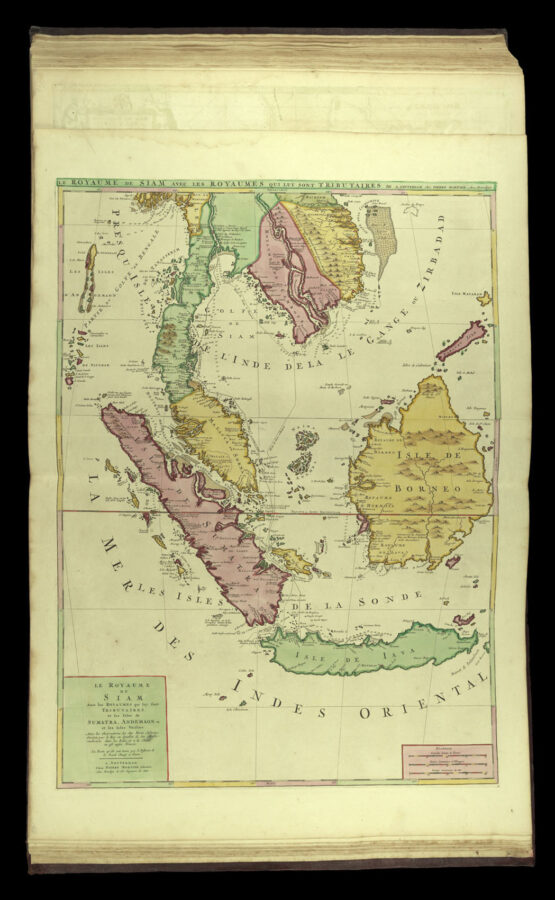 A map of Thailand, Malaysia and Indonesia.