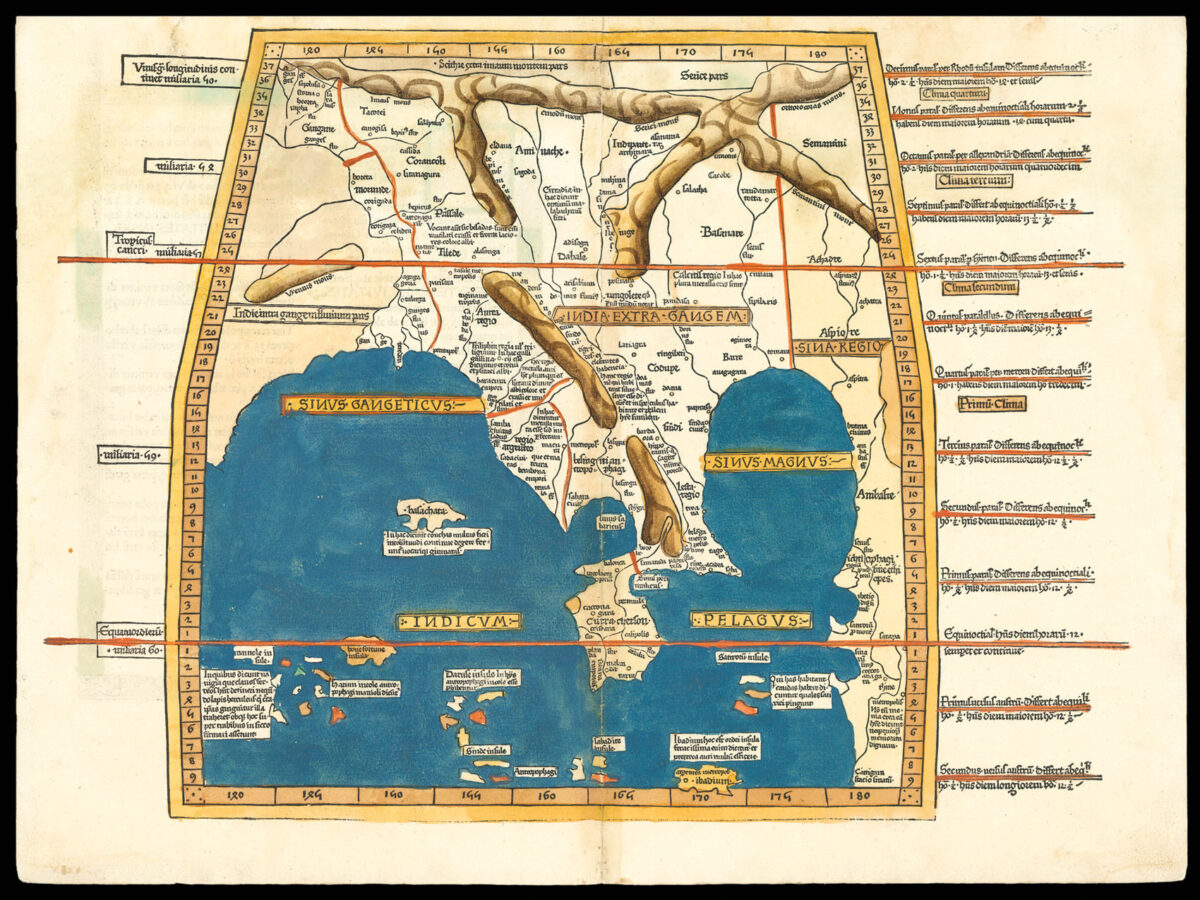 This striking map depicts the Southeast Asia as envisaged by the second century A.D, cartographer Claudius Ptolemaeus, and is one of the earliest obtainable prints maps of the area. The map is labelled ​“India Extra Gangem” (India Behond the Ganges). To the east of the Ganges Ptolemy marks the ​“Aurea regio” the kingdom of gold. Further down we come to the ​“Sinus Sabaricus” which is most probably the Gulf of Martban, whose eastern shores begin the Malay peninsular. The Malay Peninsular would then be the small promontory marked ​“Curracherson”, with the ​“Sinus Permimulicus” the Gulf of Siam. Although some have suggested that Curracherson is Sumatra. China is place to the east of the map ​“Sina Regio”, and forms a eastern shore to a landlocked Indian Sea.