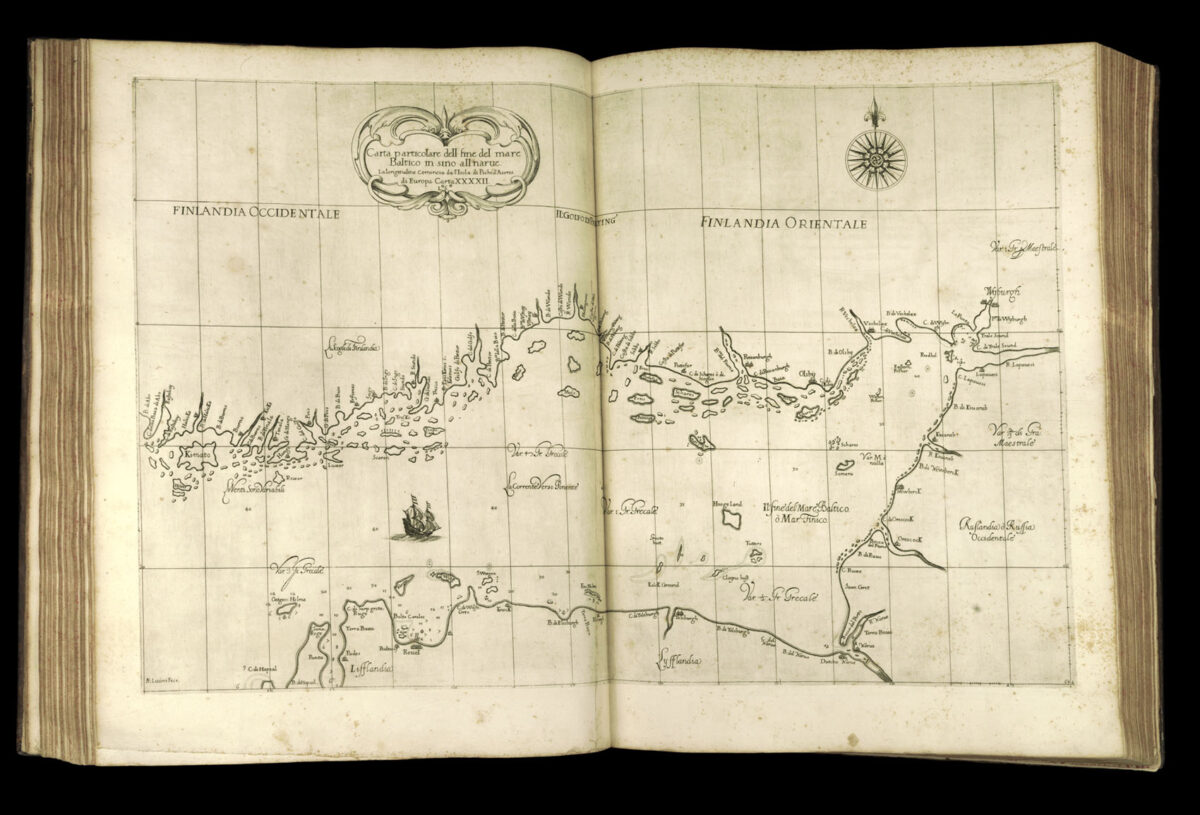 Map showing the south coast of Finland, the Gulf of Finland and small sections of the Russian and Estonian coasts.