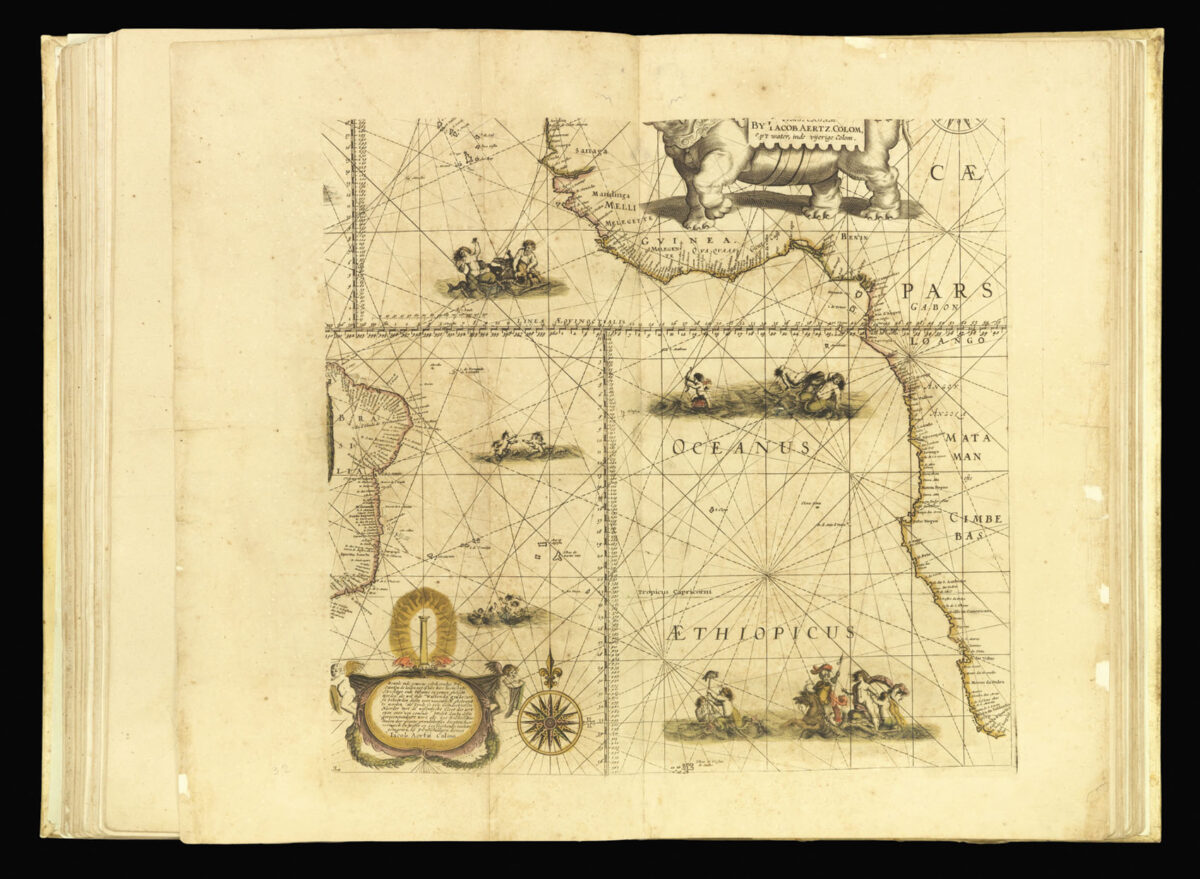 [Chart of the South Atlantic]

A chart of the south Atlantic Ocean between the east coast of South America and the west coast of Africa, from Senegal to the Cape of Good Hope,with merpeople frolicking in the surf. The partially visible elephant cartouche shows that it was reduced from a larger map. It was originally published as the south eastern sheet of Colom’s separately issued wall map of c.1655, ​‘Dese Vassende Grade-kaert’, which was based upon Willem Blaeu’s seminal ​‘Paskaert’ of c.1630.