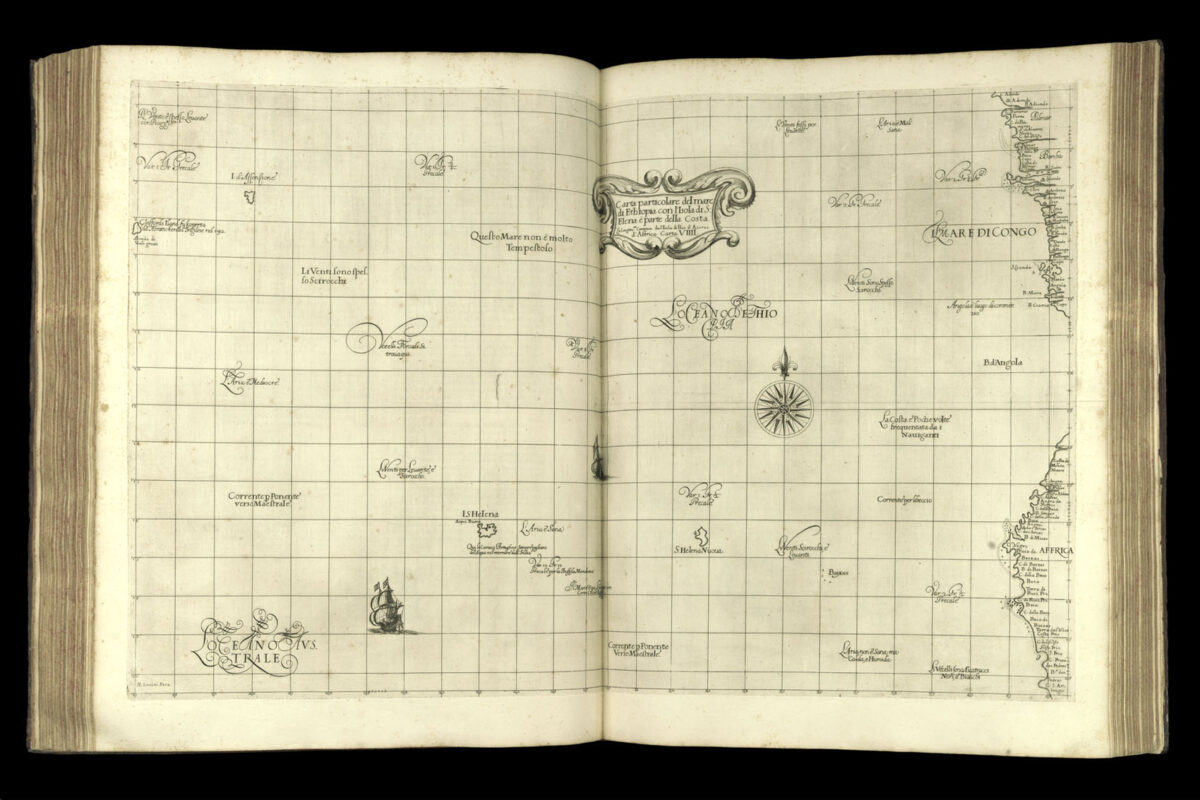 Map showing the South Atlantic Ocean with the island of St Helena, and the west coast of Africa.