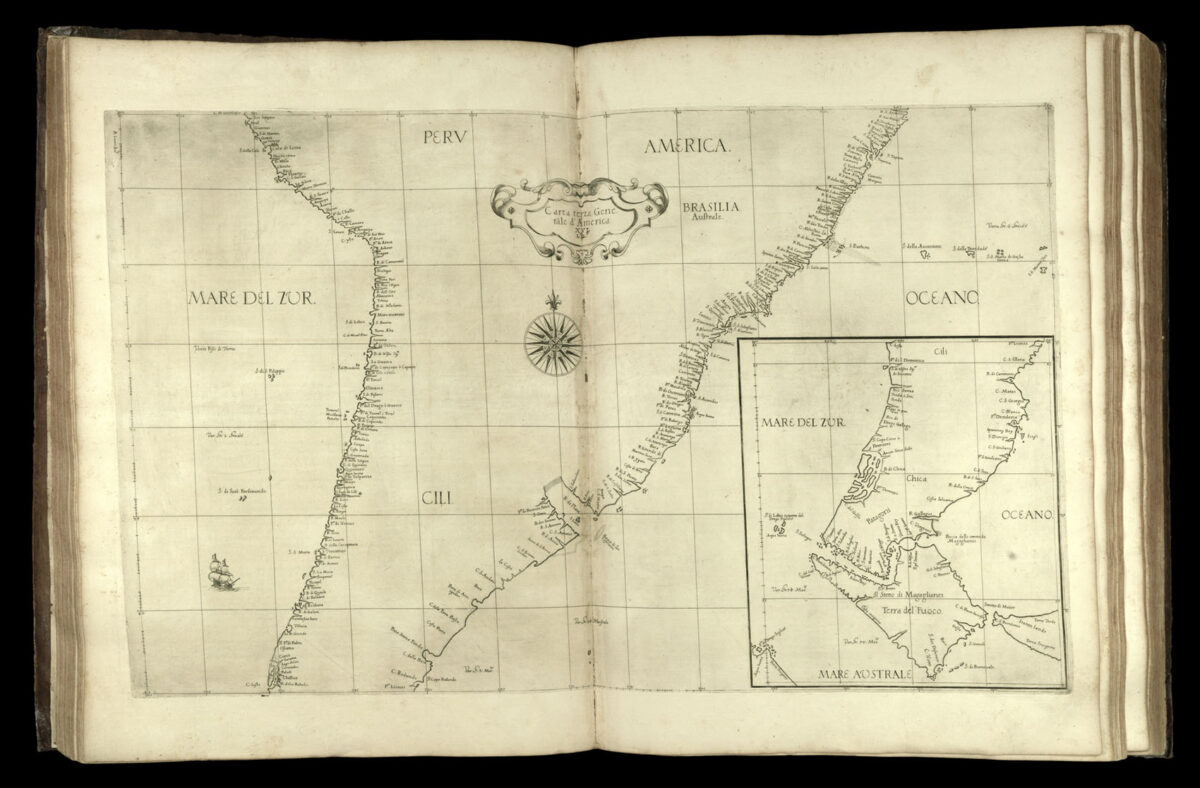 The map shows South America from Lima in Peru to Chile. The inset shows the Straits of Magellan and Le Maire, and the southernmost tip of the continent with the archipelago of Tierra del Fuego.