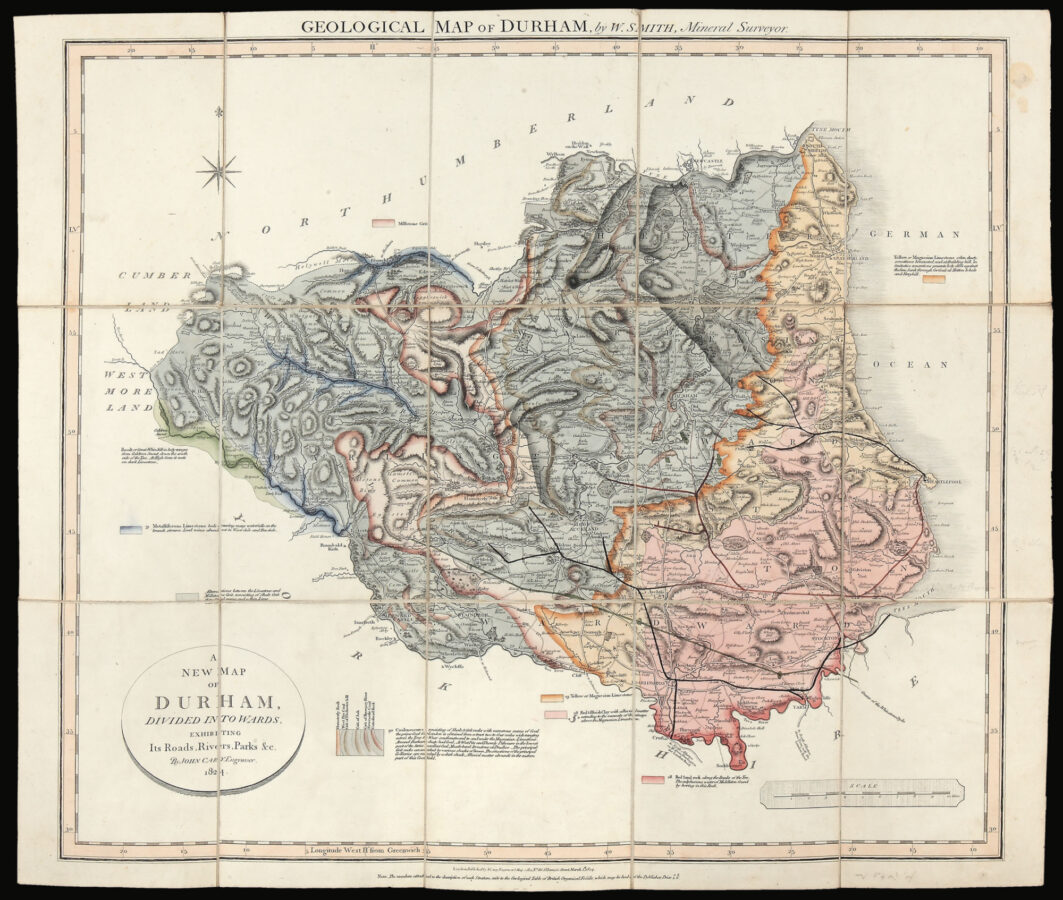 First edition of William Smith’s geological map of Durham, one in a series of county maps produced by Smith, each separately issued, which were the first detailed geological maps of specific areas. Smith’s individual maps are extremely rare on the market.

​“All the county maps published contain much more information than was shown on Smith’s large map of 1815, and indicate that during the intervening years he had done much to increase his knowledge. The maps are based on Cary’s county maps, and are headed ​‘By W. Smith, Mineral Surveyor.’ Each map measures 21 ½ inches by 19 1/4 inches [across the ruled border]; the scale varies slightly but averages 3 miles to an inch” (Sheppard). The map of Durham appeared in the sixth and last part (1824), and was also issued separately, as here. The title above appears in the upper margin; another title is given in a circular tablet in the lower left corner: ​“A New Map of Durham, divided into Wards, exhibiting its Roads, Rivers, Parks, &c. By John Cary Engraver. 1824.”

​“One of his significant achievements was the identification of the presence of coal in the eastern parts of County Durham, beneath the overlying Magnesian Limestone. The advice he gave to the landowners there led to the establishment of new collieries, resulting in the construction of port and dock facilities at both Hartlepool and Seaham Harbour during the 1830s; both ports were connected by rail to the new mines” (Skempton). On this copy of the map the railways in the southeast of the county have been added later in manuscript. 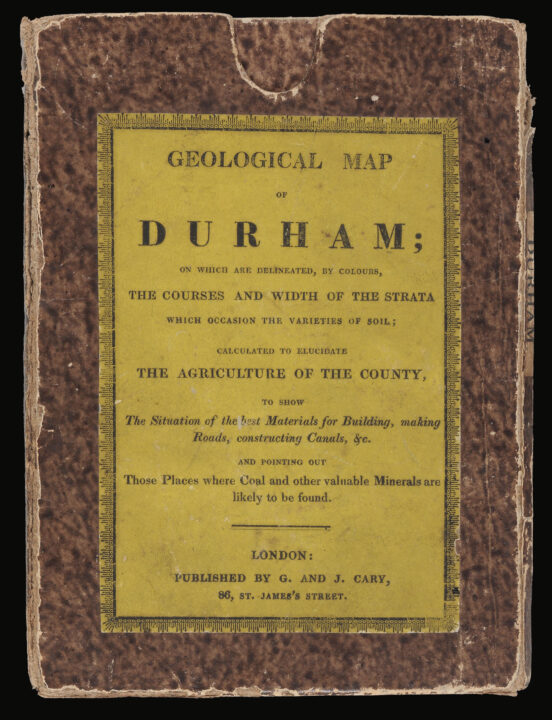