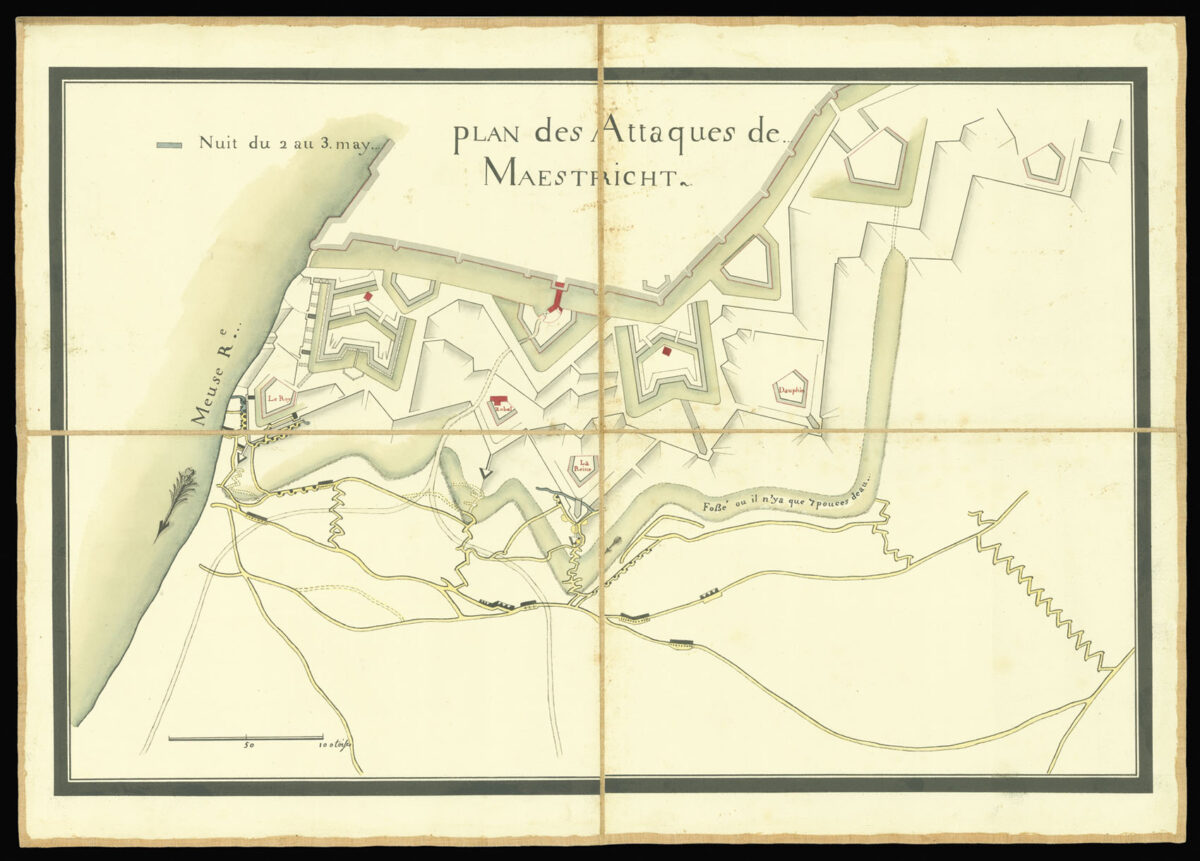 Small plan showing the northern part of Maastricht with the trenches outside the city walls and the French attacks on the night between 2nd and 3rd May 1748.

The marked lunettes from left to right are: Le Roy, Zobel, la Reine and Dauphin, with La Reine and Zobel being the ones under the strongest attacks.