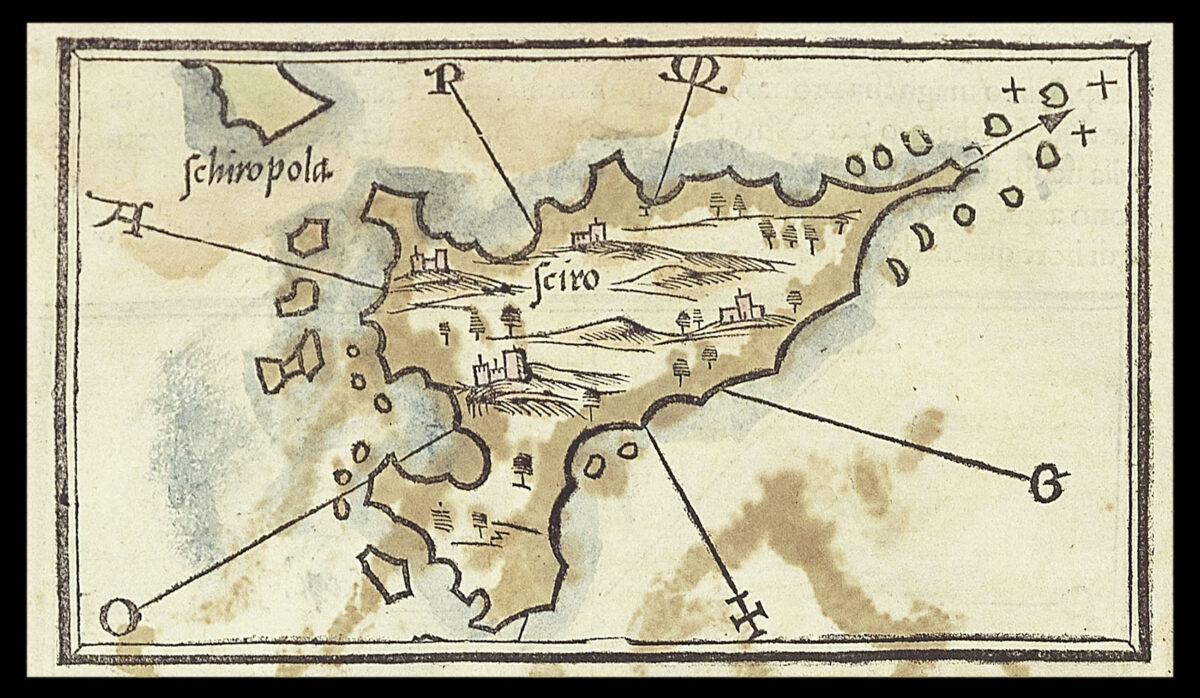 Showing the Greek island of Skyros.