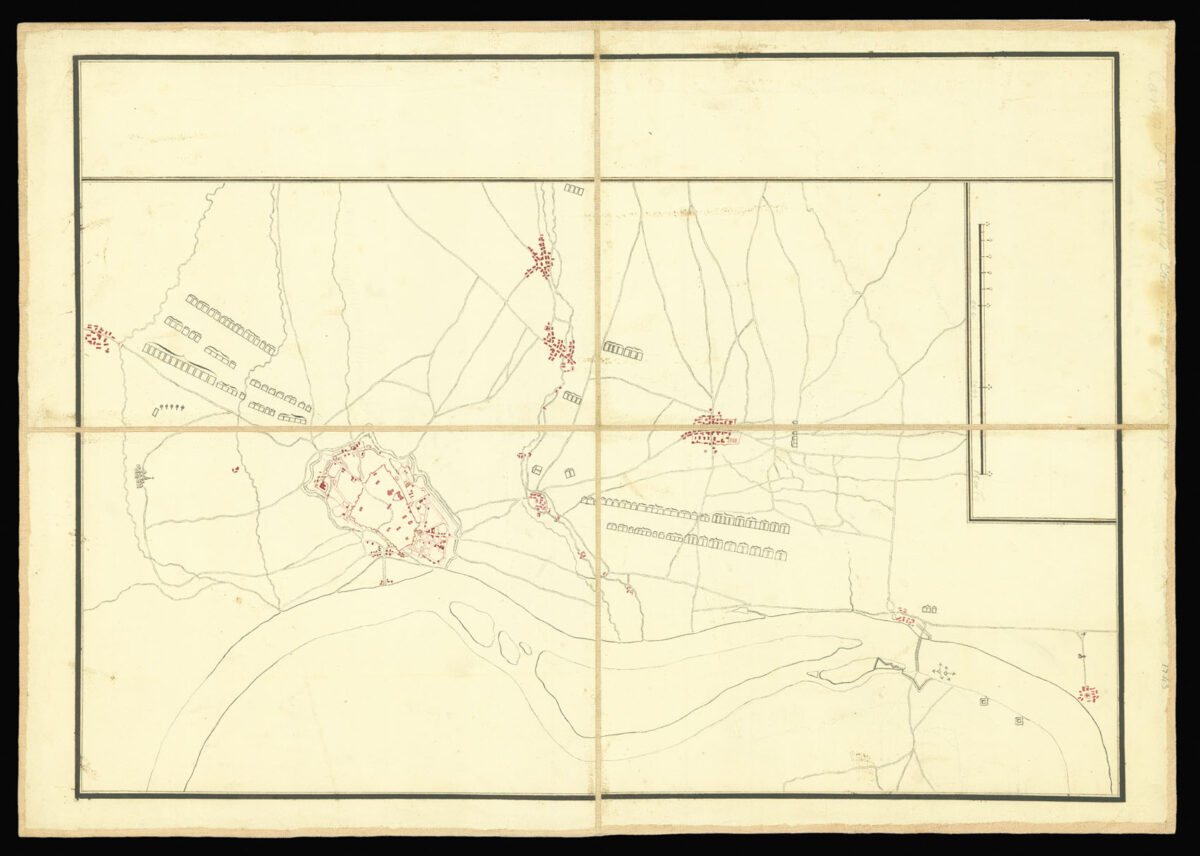 Sketch plan of the French army camp, near Worms, in 1743

Sketch plan of the French army camp, near Worms, in 1743.