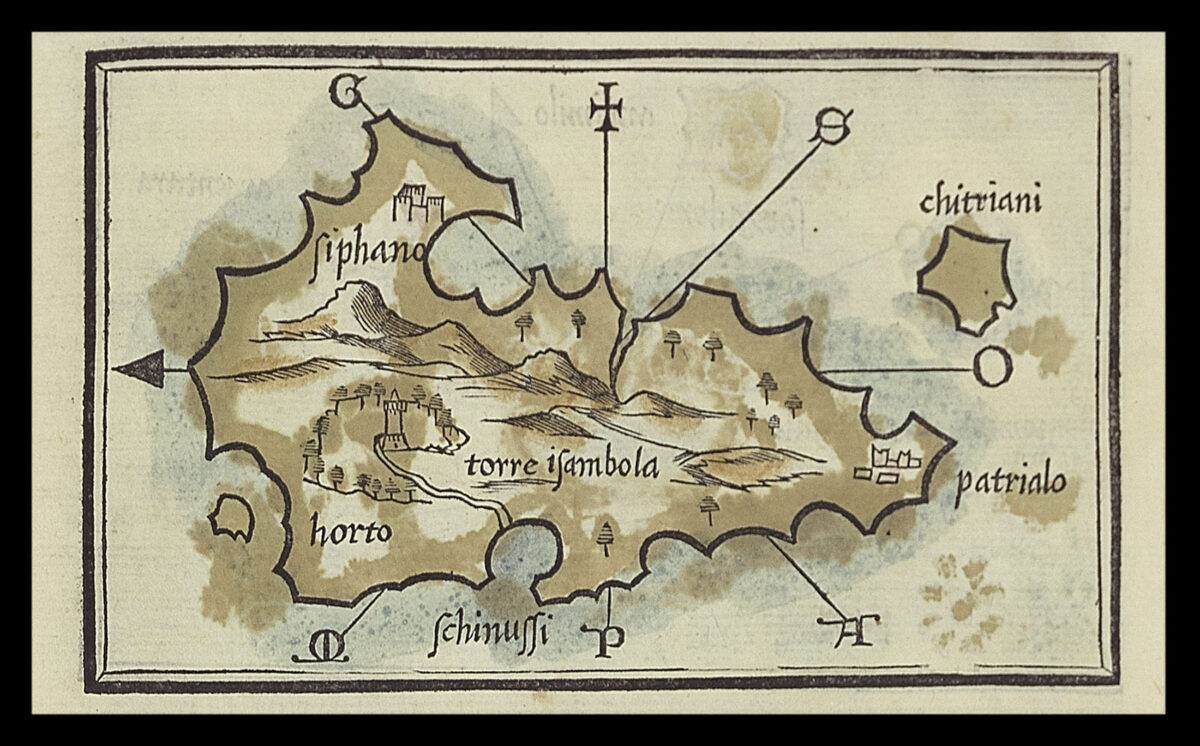 Showing the island of Sifnos (Siphano) in the Cyclades.