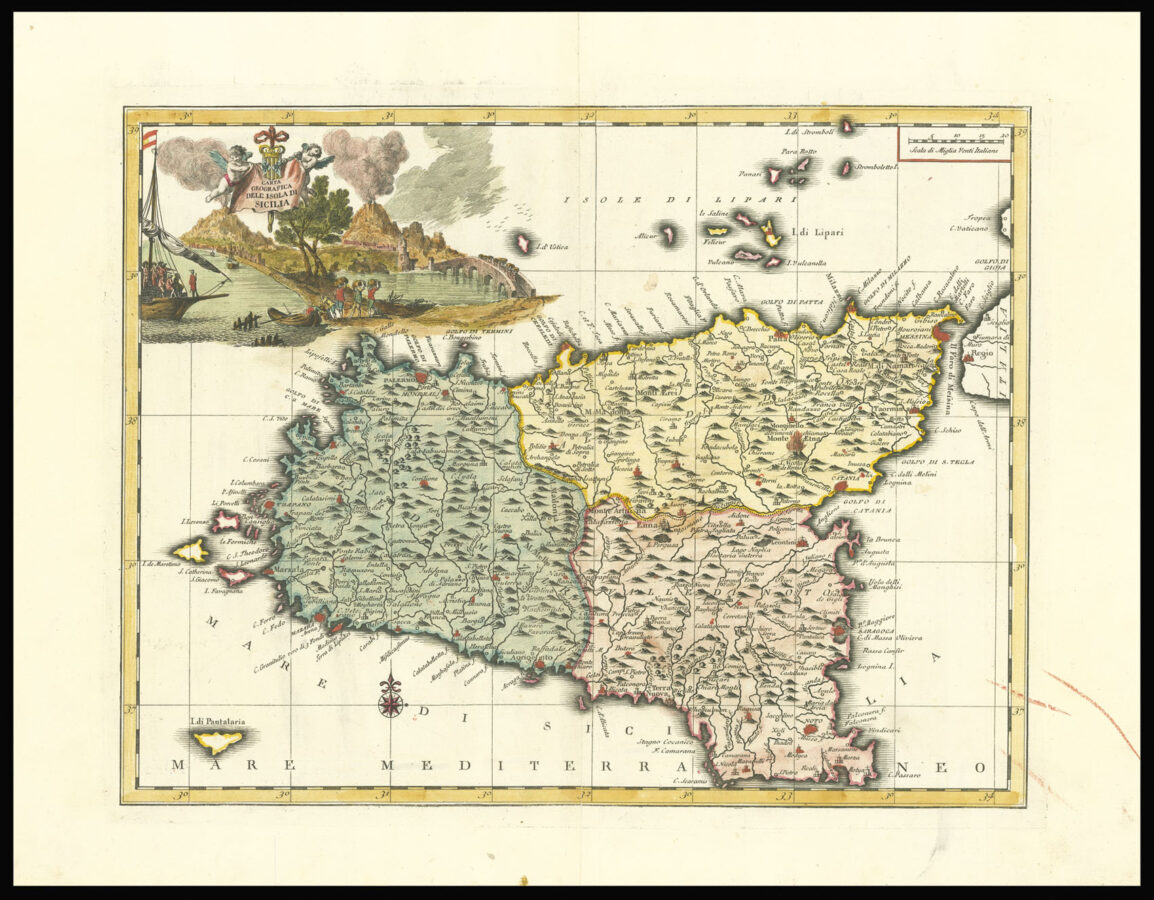 Delisle’s ​“Atlas de Géographie” published between 1700 and 1718, was re-issued between 1730 and 1774 by Covens & Mortier in Amsterdam. An Italian edition was issued between 1740 and 1750 by Giovanni Battista Albrizzi in Venice.

The map is filled with many topographical details as well as cities, rivers, lakes and mountains. The colour subdivision of the island indicates the three provinces: Palermo in green, Messina in yellow and Siracusa in red. The main cities and towns are coloured in red whereas the smaller ones are dotted.