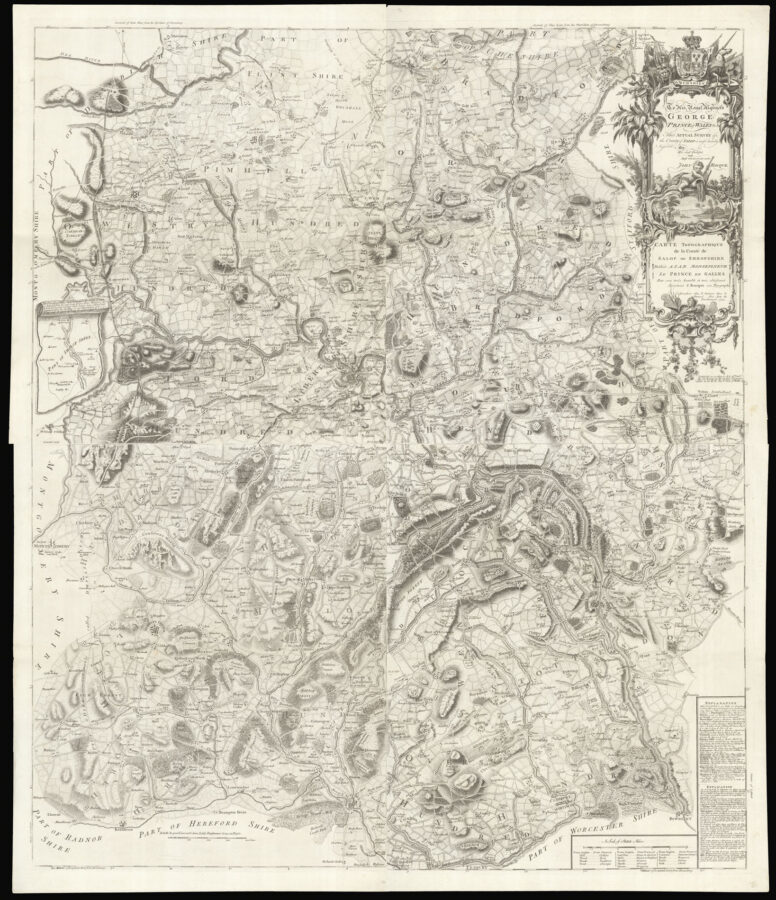 To His Highness George Prince of Wales etc. This Actual Survey of the County of Salop is most humbly Inscribed By His Most Dutiful and Obedient Servant, John Rocque.

An outstanding example of the first map of the county on a scale of one inch to one mile, and the first of Rocque’s county survey. It established a pattern that was to continue with the 1 inch survey of Middlesex, and the two inch surveys of Berkshire and Surrey. The survey is typical of Rocque, with minute ichnographical detail and fields depicted in a way that allowed land use to be easily ascertained. As with many of this other maps, both the extravagant dedicatory cartouche and the ​“Explanation” are in English and French, reflecting Rocque’s Huguenot background. He produced an enormous and varied number of maps and prints — a contemporary list of 1761 indicating some hundred or so items for sale from the premises in the Strand which included the Sphropshire survey at 12s 6d.