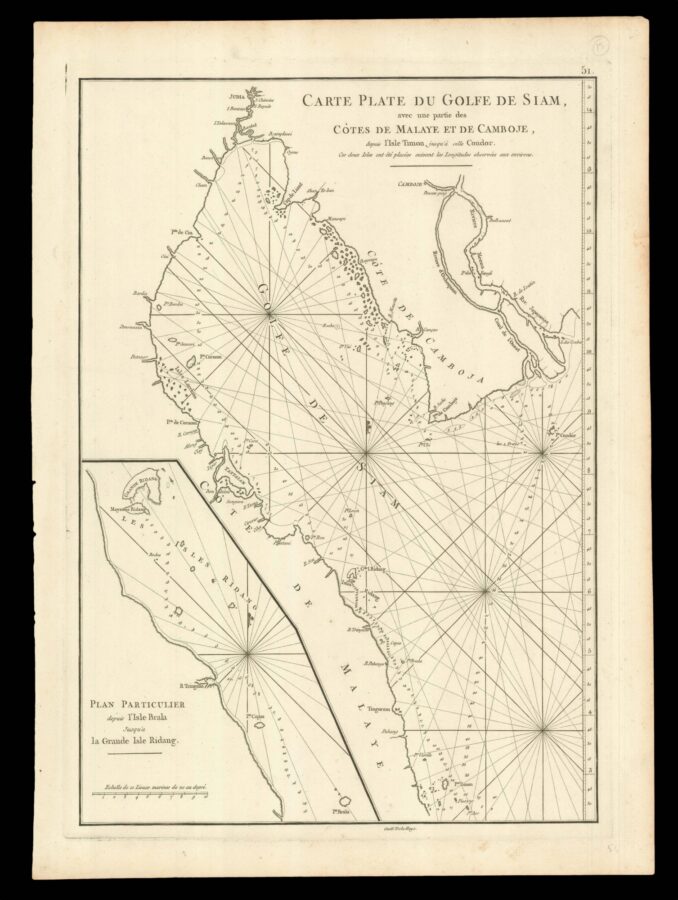 This chart of present-day Gulf of Thailand, is on a particularly large-scale, including parts of the coasts of the Malay Peninsula and Cambodia, from Pulau Tioman to the Côn Đảo Islands. An inset lower left, ​‘Plan particulier depuis l’Isle Brala jusqu’a la Grande Isle Ridang’, shows the east coast of Malaya between Pulau Tenggol and Pulau Redang. 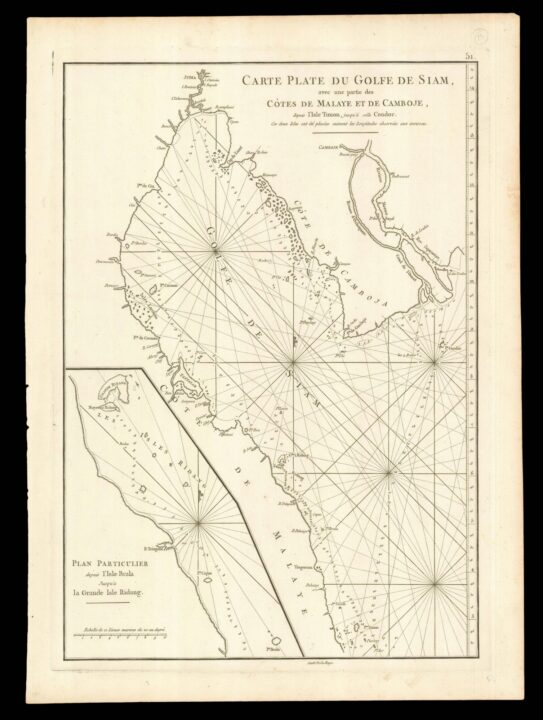