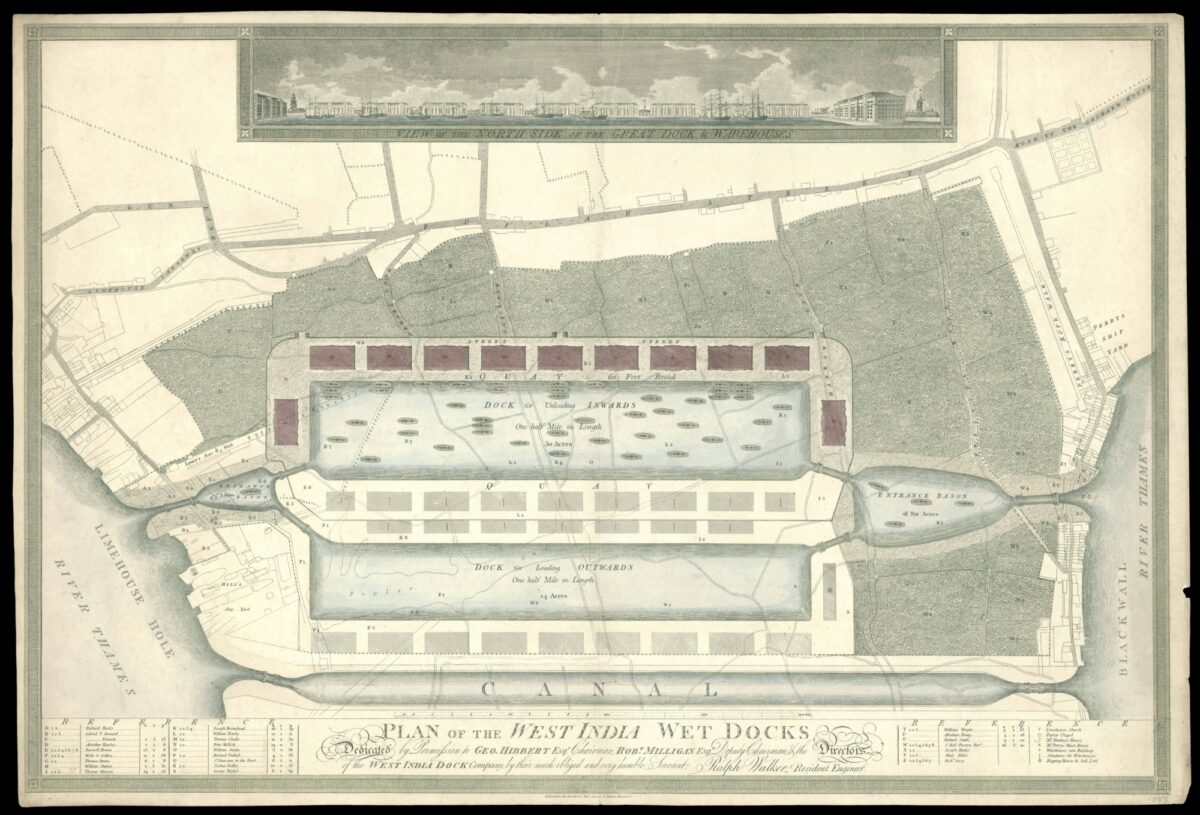 The plan shows the intended docks together with the rope grounds, paths, streams, and fields that would be obliterated by the new works.

The plan is dedicated to George Hibbert and Robert Milligan, two powerful West Indies merchants who lobbied Parliament in order to construct a secure dock to load and off load their cargoes. The construction of the docks was authorised by the West India Docks Act of 1799. They would be completed by 1802, with the canal to the south being finished in 1805.

Ralph Walker (1749–1824) was appointed Resident Engineer to the West India Dock Company in August 1799 on a salary of £600 p.a. Together with William Jessop, the chief engineer, he was responsible for the construction of the docks. However, he would resign from his post in October of 1802, following a professional disagreement with Jessop over a structural failure at the docks.

Rare. OCLC records only a single example: that of the British Library.