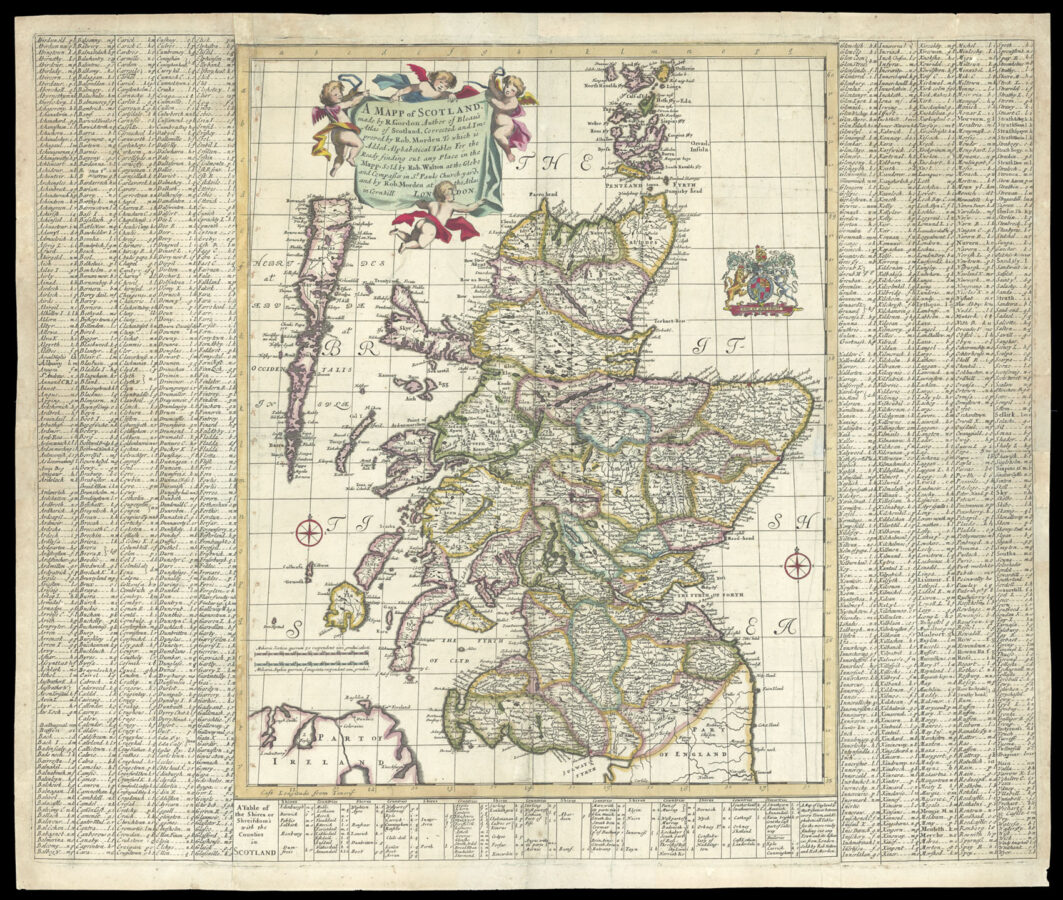 A Mapp of Scotland made by R. Gordon Author of Blaeu’s Atlas of Scotland, corrected and Improved by Rob. Modern. To which is Added Alphabetical Tables for the Ready finding out any place in the Mapp.

As stated in the title the map is based upon Robert Gordon’s (1580–1661) map that first appeared in Blaeu’s Atlas of Scotland of 1654. The map has been ​“improved” by Morden, with the addition of a grid to aid with reference and an alphabetical list of the principal places in Scotland. He has also added a scale bar, the royal-coat-of-arms, and a fabulous title banner surrounded by putti. Morden’s partner in the production of the map was Robert Walton (fl. 1644–1687) one of the most important seventeenth century print dealers.

OCLC only records three institutional examples: the Bodleian Library, the British Library, and the National Library of Scotland. Not in Smail, ​‘The Early Maps of Scotland’. 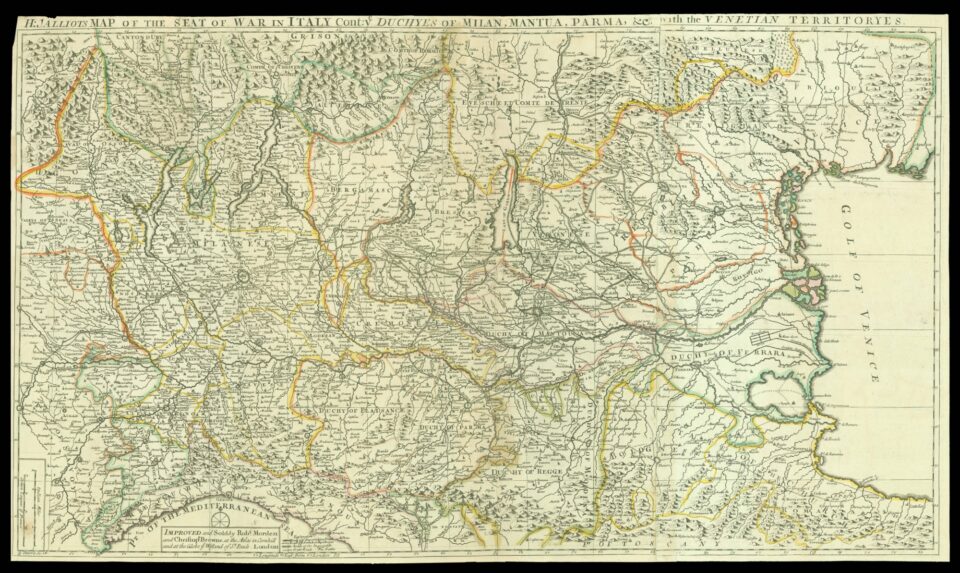