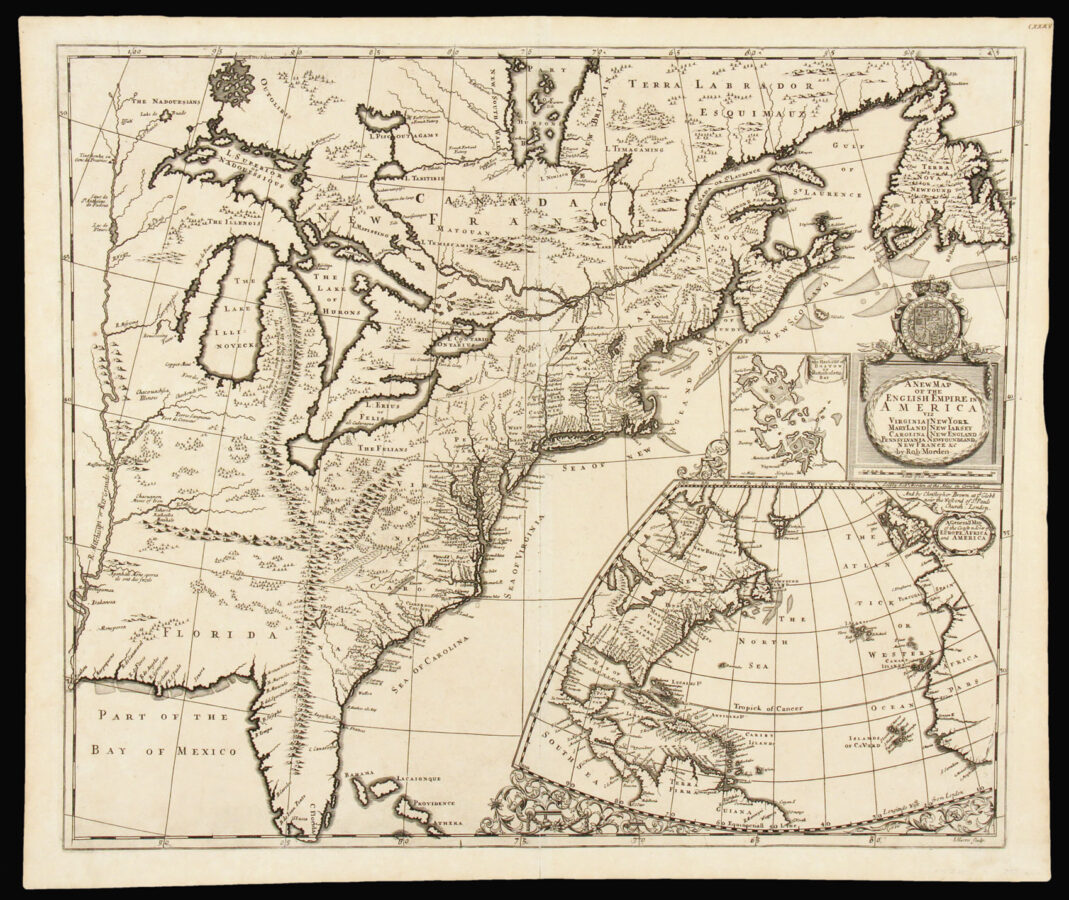 By MORDEN, Robert and BROWNE, Christopher, 1695

A rare, separately-published, early map of eastern North America west to the Mississippi River. One of the earliest obtainable English maps to focus on the entirety of English North America.

This is the original state of a map made famous by John Senex in 1719.

A nod to English imperial intentions, this map of the eastern part of North America notes coastal development while suggesting available lands in the undeveloped interior of the continent. It features a prominent, albeit fictitious, mountain range extending from Michigan into Florida and connecting with the Appalachians. The error remained on maps into the nineteenth century. The English colonies are shown drawn on recent cartography such as the Hermann map of Virginia and Reed map of William Reed’s manuscript map of New England, and the recent grants of Pennsylvania and West New Jersey.

The map includes an influential (though not completely positive) treatment of the Great Lakes, the aforementioned false transcontinental mountain range, a depiction of the Mississippi River, and many details of the English colonies. Morden’s map was an early example of English cartographers contesting French claims to the North American interior: in addition to the American Midwest, Morden depicts much of New France as under English dominion. Nevertheless, the English colonies along the Atlantic Seaboard are carefully delineated according to English sources, but Canada, the Mississippi Valley, and the Great Lakes are based on the French maps of Dablon (1672) and Thevenot (1681).

With an inset of Boston Harbour to the left of the cartouche derived from the Pound map of 1691, and ​“A General Map of the Coasts & Isles of Europe, Africa and America” as a globe gore lower right.