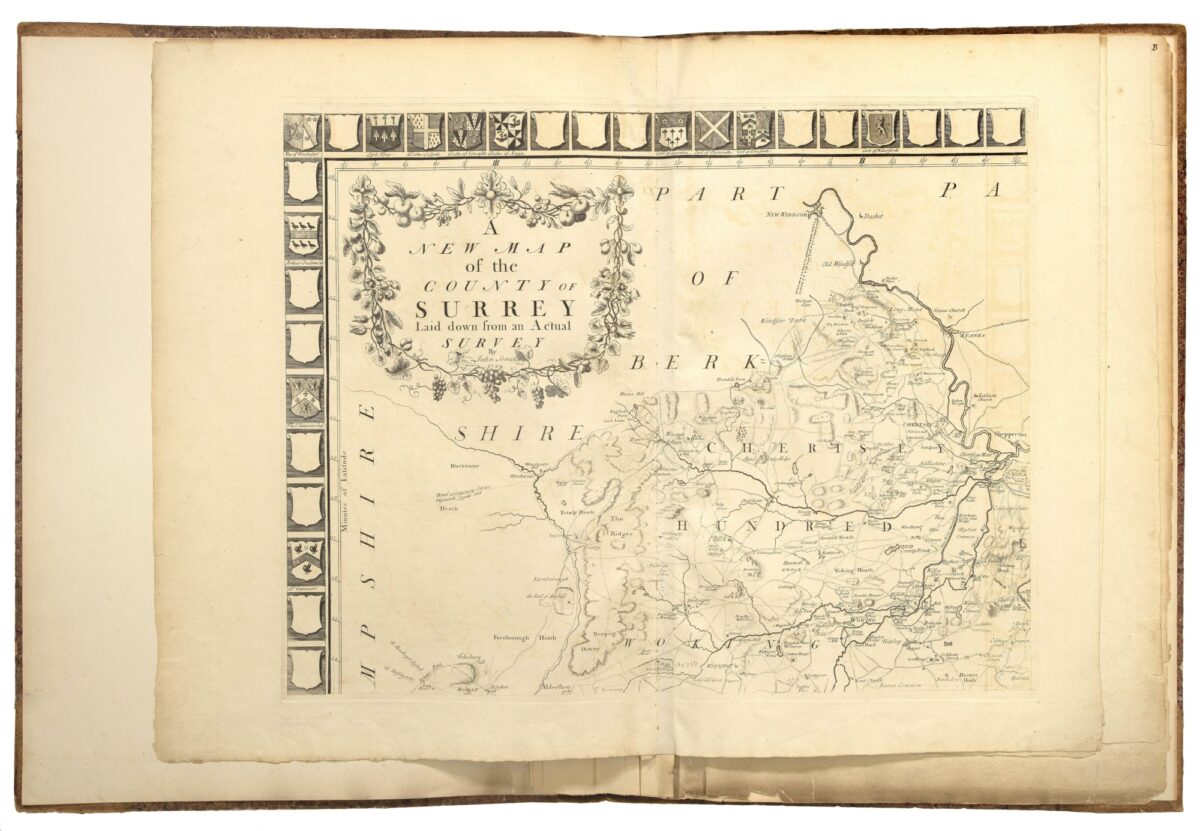 The county of Surrey, including the city of London. Since John Seller’s examples in 1679, most county maps were based on the meridian of St Paul’s Cathedral in London, but John Senex (1678–1740) was the first mapmaker to use one English mile (69.5 miles) to a degree, which then became a standard for British county maps. Senex initiated town and county surveys both as a remedy to the inaccuracies he saw in contemporary cartography and to satisfy a growing demand for regional maps. Surrey in particular was a popular location for the metropolitan elite to establish or purchase estates, and Senex must have banked on finding plenty of interested subscribers. His project to survey and map the county began as early as 1721, and aimed to set a new standard for surveying which would then be used to map the other counties of England. Amongst his proposed methods, rather excitingly, was a plan to catapult ​“balls of fire” and rockets into the air to give observers ​“an opportunity of determining their own bearings”. Their measurements would then be used in the survey. The survey was most likely carried out by Richard Cushee, as his widow Elizabeth is named as one of the vendors.

The map is drawn on a scale of one inch to a mile. It is surrounded by a border containing 156 shields, of which about three quarters are empty. Maps requiring a survey of this scale were funded by subscribers with a local interest, who received recognition on the map itself in return. Here, their arms are inserted into one of the shields and their seats and lands are marked with the name of their owner. The ​‘Daily Journal’ records a delay in the publication of the map while the printers waited for subscribers to send in their arms. The empty shields suggest that Senex encountered some difficulty in finding enough interested subscribers, or that many of them defaulted on their payments; in other maps Senex had erased the arms of tardy subscribers from the plate before going to print. 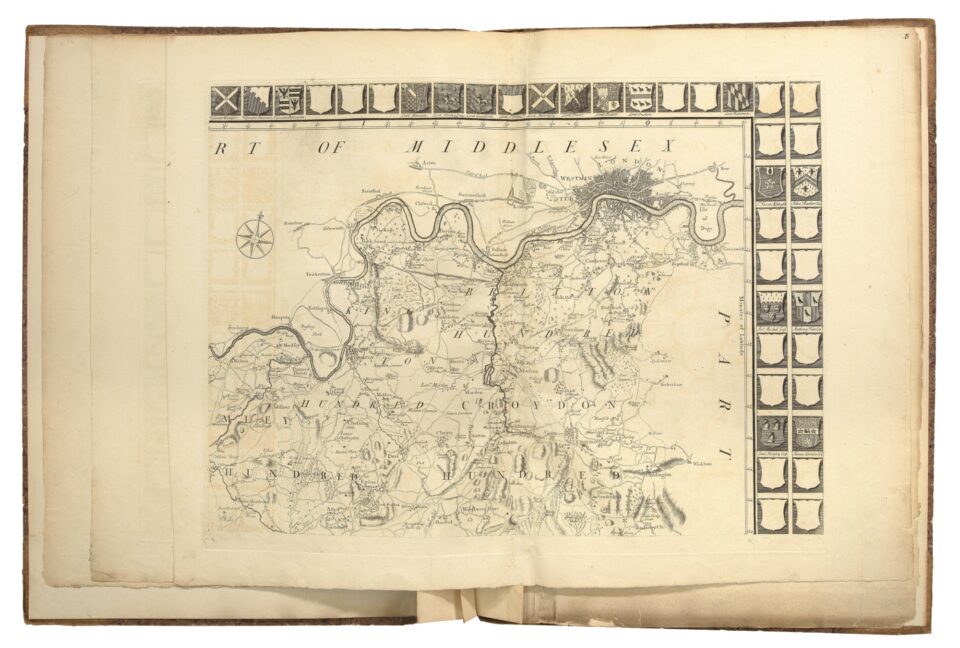 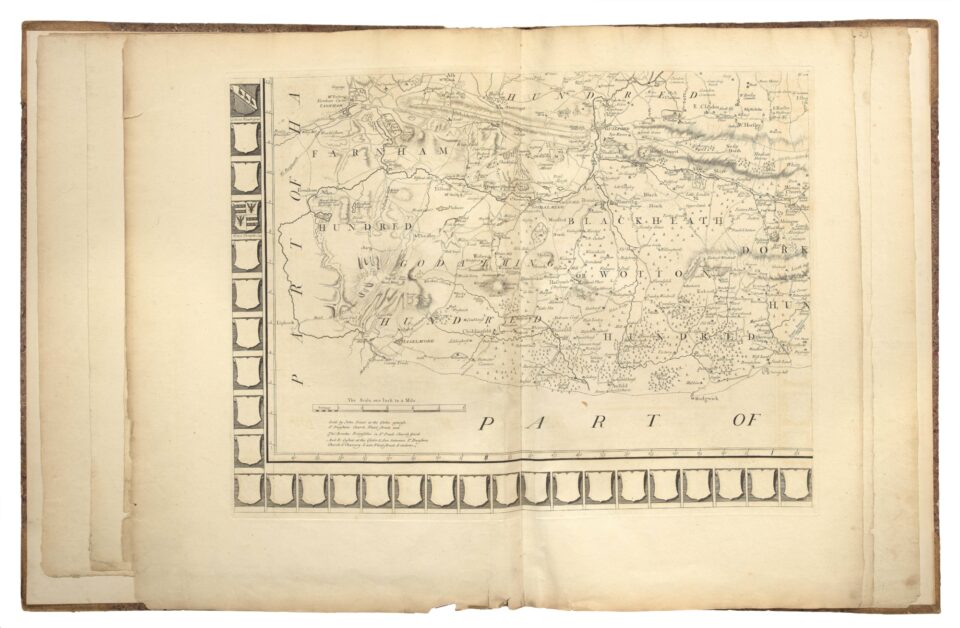 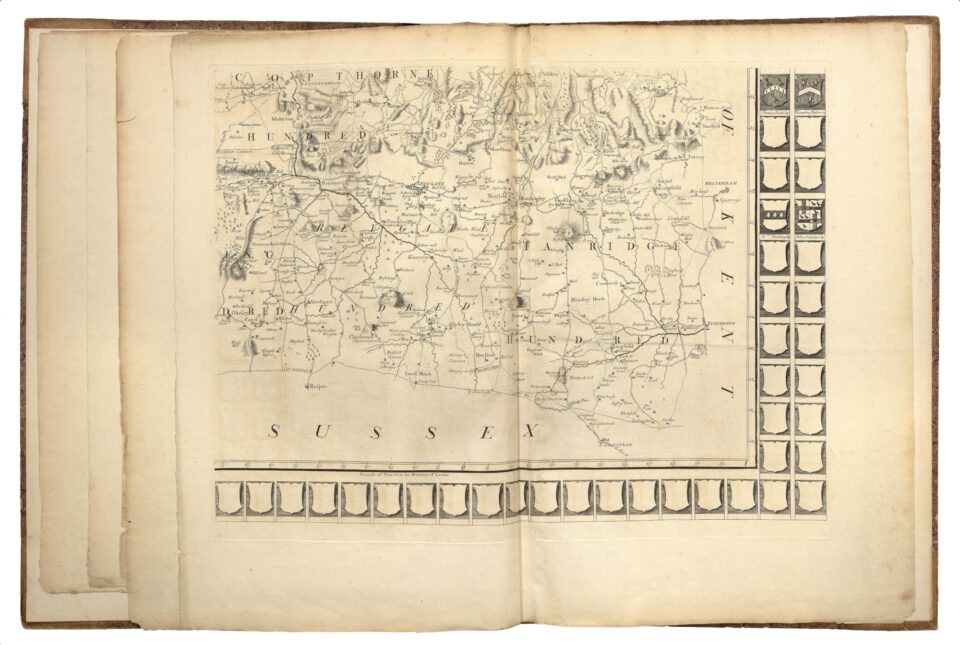 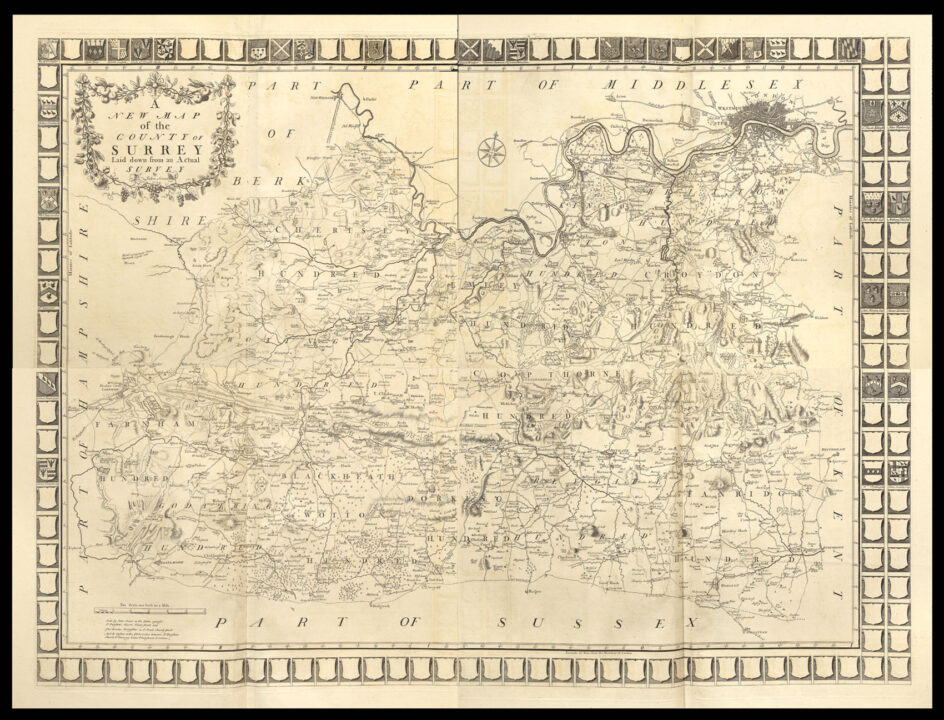