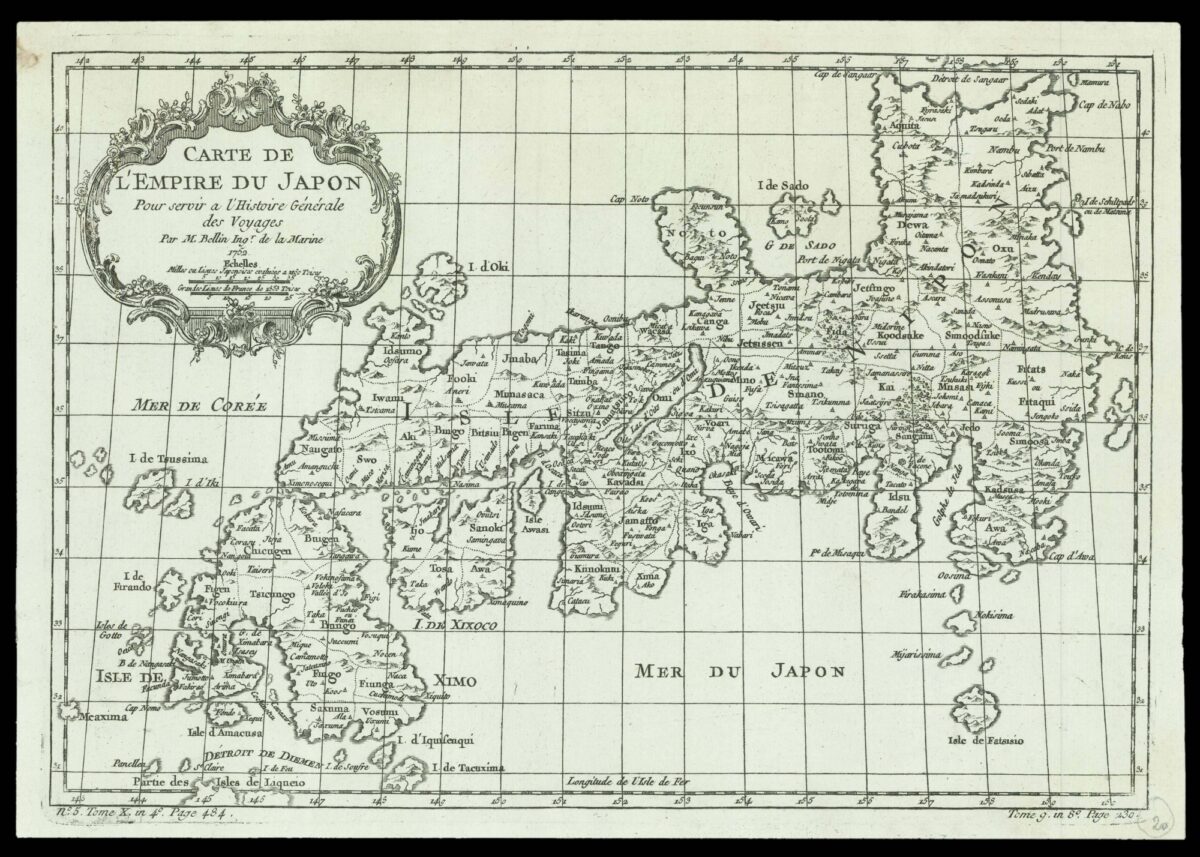 The second issue of the map, published in the atlas volume that accompanied an abridgement of Antoine-Francois Prevost’s ​‘Histoire Generale Des Voyages…’, 1780, by Jean Francois de la Harpe. The work was based on Thomas Astley’s ​‘A New General Collection of Voyages and Travels’, 1745, which eventually extended to 20 volumes and was published many times, over many years, and in many languages. The map is numbered lower right ​‘Tome 9. In 8o, Page 230’, so that readers could find the accompanying text.

The map, by Bellin, is a reduced copy of that which he had produced in 1735 for inclusion in Charlevoix’s ​‘Histoire et Description Generale du Japon;…’, 1736.

Prevost (1697–1763) became a novice Jesuit in 1713, but in a complete volte-face, joined the army 3 years later. In about 1720, he changed direction again, and joined the Benedictine order, only to escape it temporarily, to England, between 1728 and 1734. His output of fact and fiction, was prodigious, with Diderot and Brunet recording more than 200 volumes, put together with great haste.