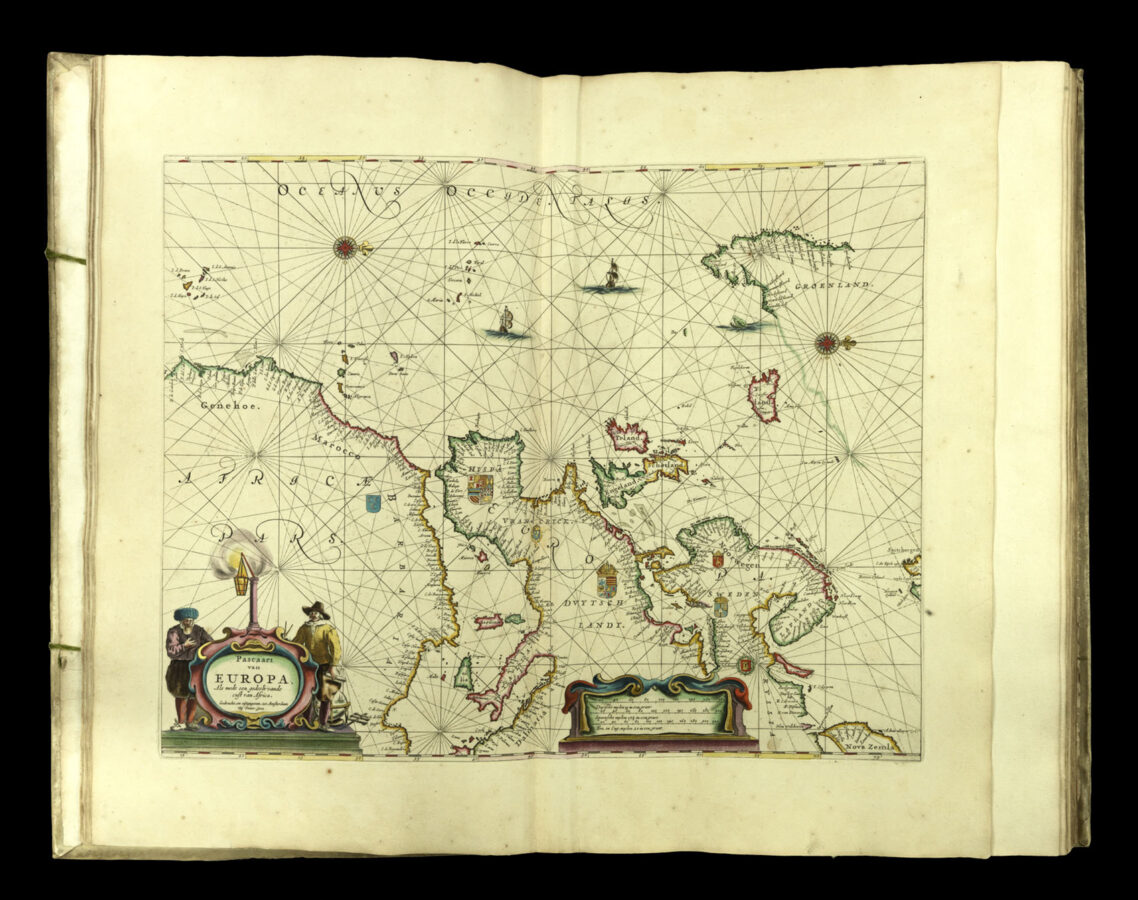 A beautifully coloured chart of the sea coast of western Europe, oriented to the west. It covers after Willem Blaeu’s c.1621 map of the same area. Goos published a second state of the original after 1650; it is scaled down here to fit in the atlas. The illustrations of native peoples and animals have been removed, and the national coats of arms are scaled down and made uniform. The map omits the mythical island of Frislandt, but includes Nova Zembla, although its position means that it does not address the ongoing question as to whether it was an island or peninsula.

The map is designed to reflect two important Dutch interests. First, the Dutch West India Company was founded in 1621, and its main destination ports were New Amsterdam (New York) and Brazil. The map faces in the direction that ships bound for the New World would take. Second, the Noordsche Compagnie, founded in 1614, held the monopoly on whaling in 1621 between the Davis Strait and Nova Zembla. The detail of the northern European coastlines, especially Spitsbergen, is a product of growing demand for accurate maps of the area.

The Blaeu original of this chart appears in the background of ​‘The Geographer’ by Johannes Vermeer.