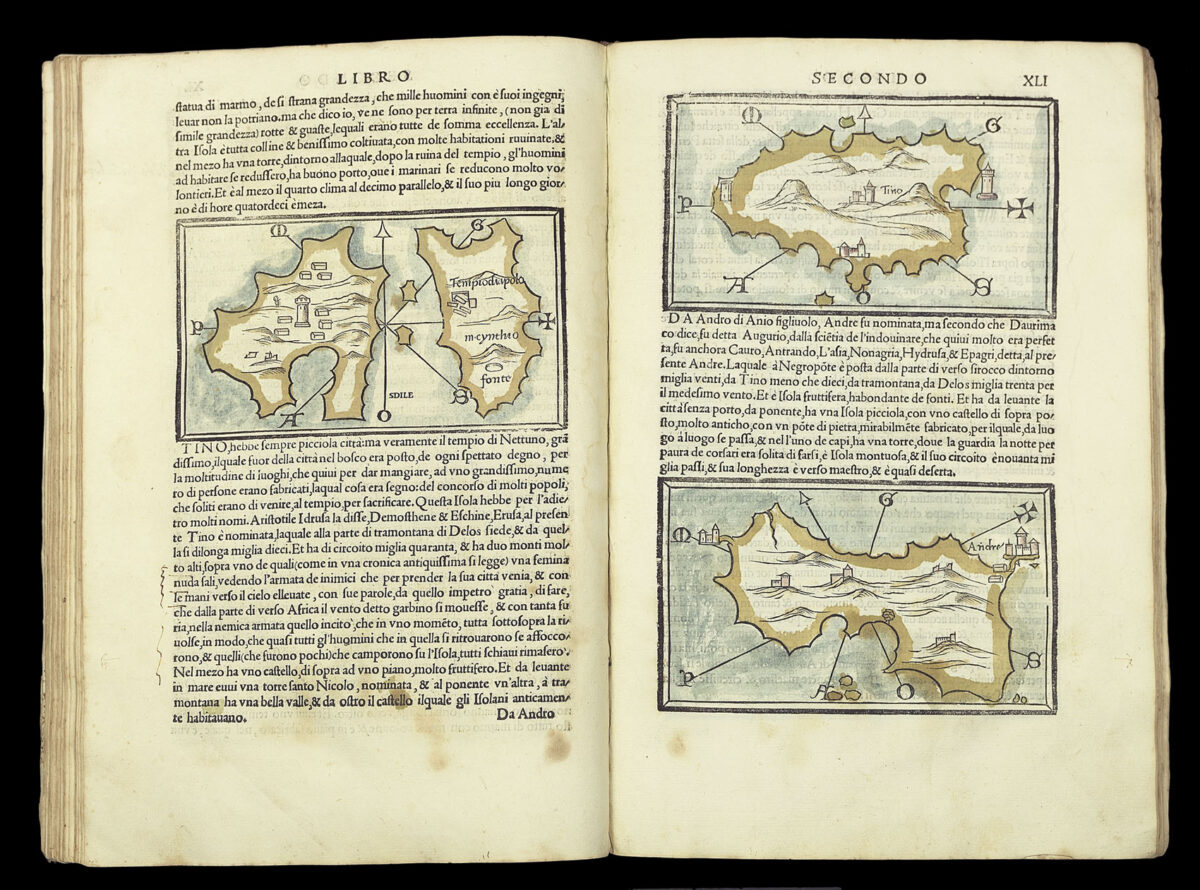 Three maps of Greek islands. Left: Delos in the Cyclades, the birthplace of Artemis and Apollo, with Mount Cynthus visible in the centre (Sdile). Top right: Tinos in the Ligurian Sea; bottom right: Andros in the Cyclades.