Scarce routier of the West Indies

A Description of the Windward Passage and Gulf of Florida, with the course of the British Trading-Ships to, and from the Island of Jamaica. Also an Account of the Trade-Winds and Currents on the Coasts thereabouts, at different Seasons of the Year. Illsutrated with a Chart of the Coast of Florida, and of the Islands of Bahama, Cuba, Hispaniola, Jamaica, and the adjacent
smaller Islands, Shoals, Rocks, and other remarkable Things in the Course of the Navigation in the West Indies.

First edition of this scarce routier of the West Indies, attributed to John Cowley. Mathematician and Geographer of his Majesty (George II), Cowley’s most famous work is ​“Counties of England” (1745). He was a professor of mathematics at the Royal Military Academy, Woolwich, London, for a number of years between 1761 and 1773. He was elected a Fellow of the Royal Society in April, 1768. 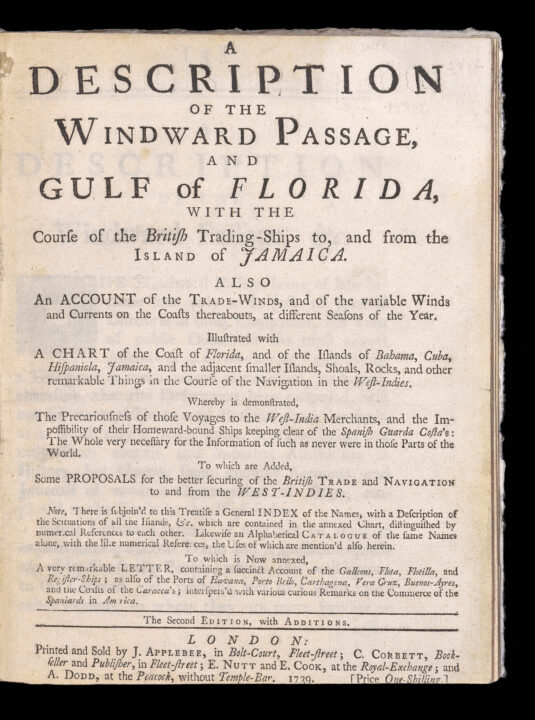 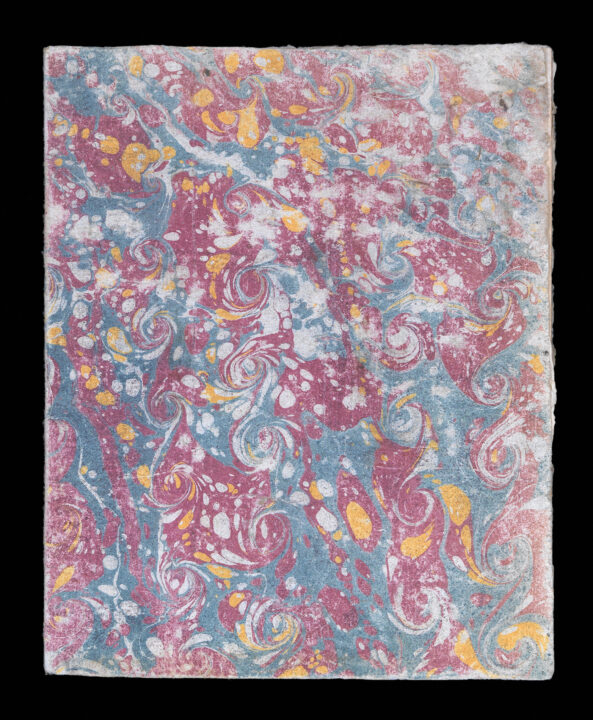