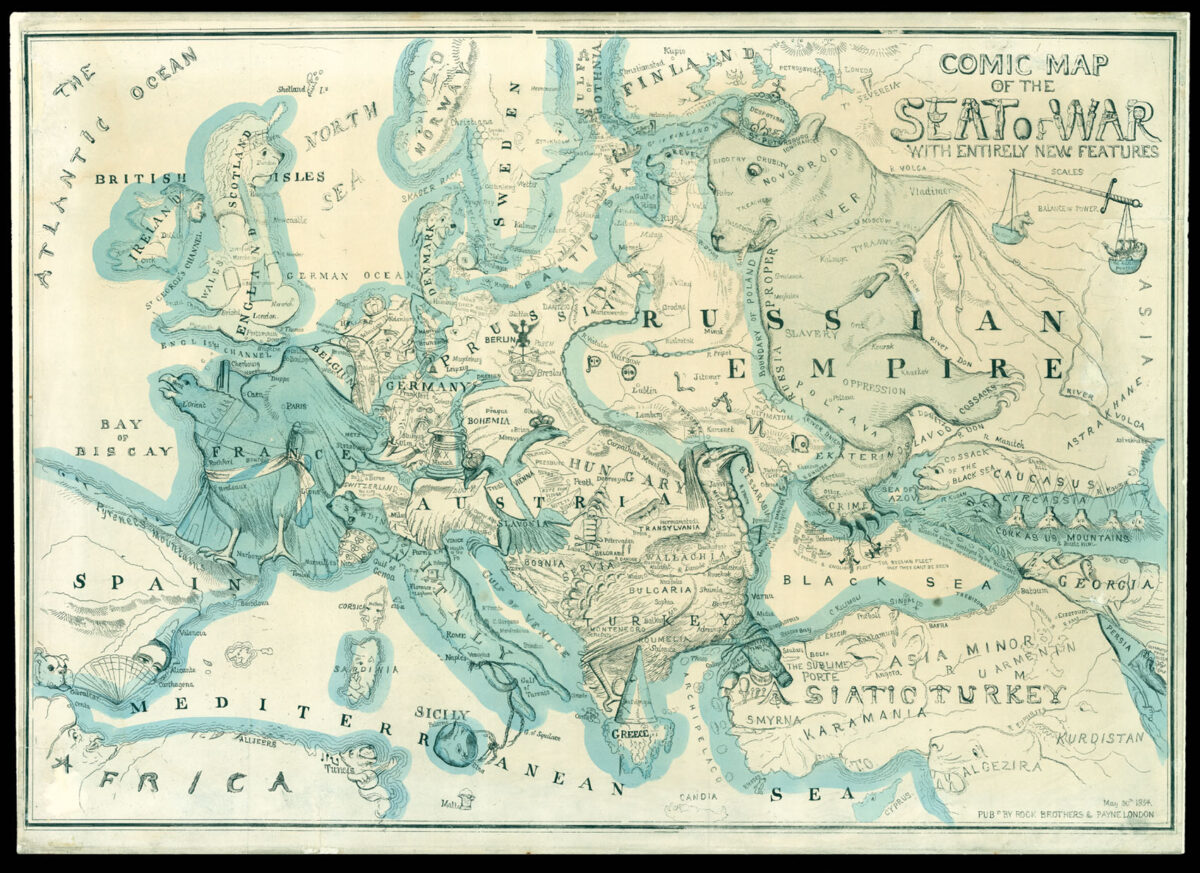 Satirical map of Europe during the Crimean War

Comic Map of the Seat of War with Entirely New Features, 1854.

An amusing and instructive example of the British perspective on the Crimean War, as Britain and her allies challenged Russian movements in the Baltic.

The major players in the conflict are boldly caricatured. The Russian bear, wearing the imperial crown labelled ​“Despotism”, brandishes a knout as he marches towards Asia while looking over his shoulder to Europe. The bear’s right foot forms the Crimean peninsula where the French and English fleets gather to clip the bear’s claws. The Caucasus appear as a series of cork-exploding volcanoes (“Cork As Us Mountains”), a reference to the perennial political unrest in the region. In Europe, the Balkans appear in the form of a turkey wearing a fez and clutching a bottle of port (a reference to the ​“Porte”, the Ottoman seat of government) labelled Constantinople. France appears as the Imperial Eagle, a reference to Emperor Napoleon III, girded in a ceremonial sash. The British Isles take the form of an armed lion with Ireland a ragged peasant figure. An English fleet is shown entering the Gulf of Finland, a reference to the British Prime Minister’s use of gunboat diplomacy. Italy takes on the form of a running dog, wearing the papal crown. The double-headed eagle of Austria looks both east and west, a reference to Austrian neutrality and her clumsy attempts at diplomacy are shown in a variety of notes tucked under the eagle’s wings and in its beaks. The other European countries form a variety of comical figures. The scale of miles is formed by a sword and balance scale depicting Russia on one side and the allied powers on the other.

Copies are held in the Bibliothèque nationale de France and the British Library.