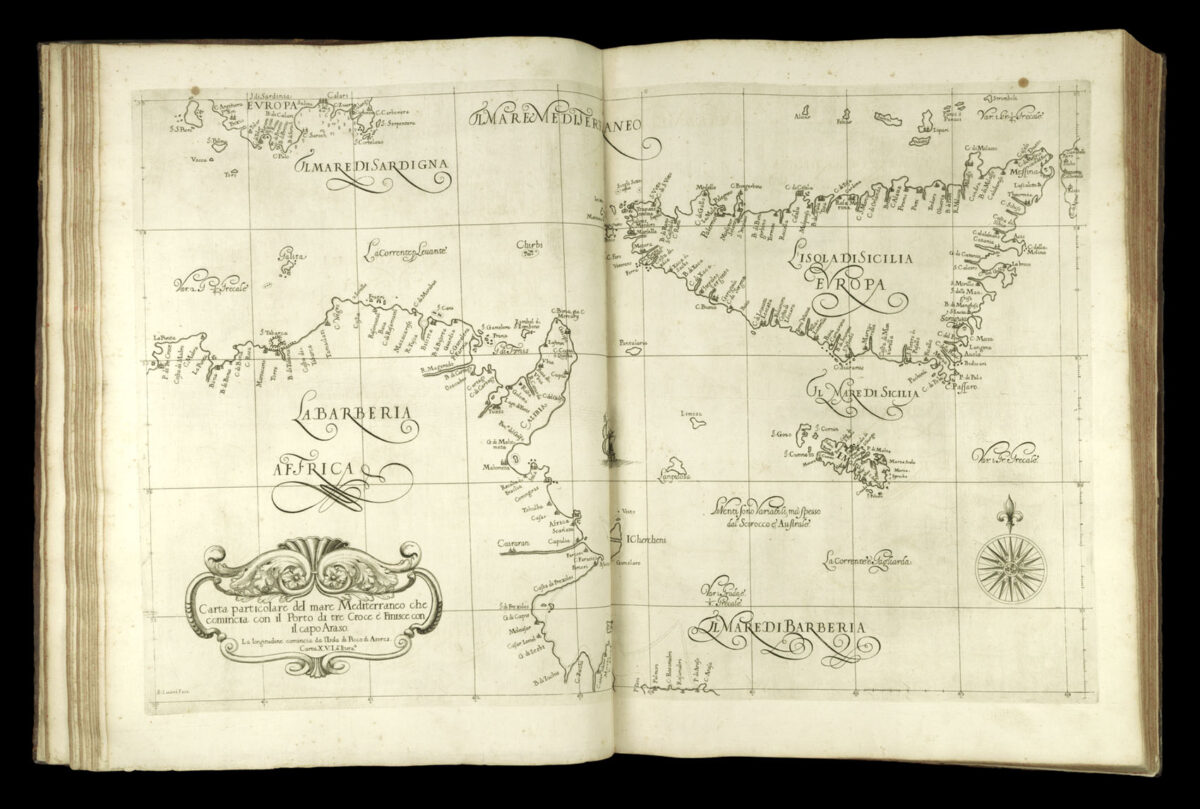 The map shows the southernmost part of Sardinia, the islands of Sicily and Malta, and the coast of Tunisia.