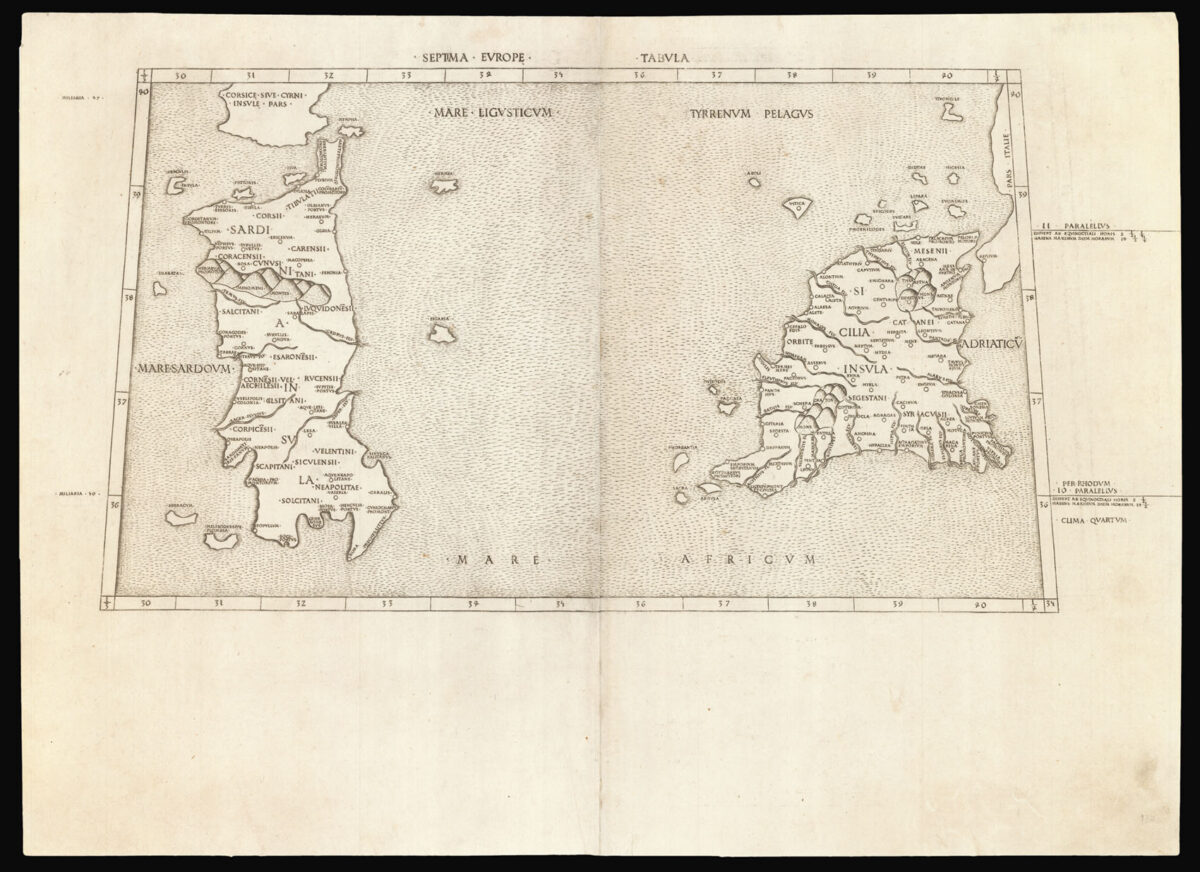 This map of the islands of Sardinia and Sicily is one of the earliest maps of the region. The mountain ranges and rivers are depicted on both islands, as well as the names of their ancient inhabitants.