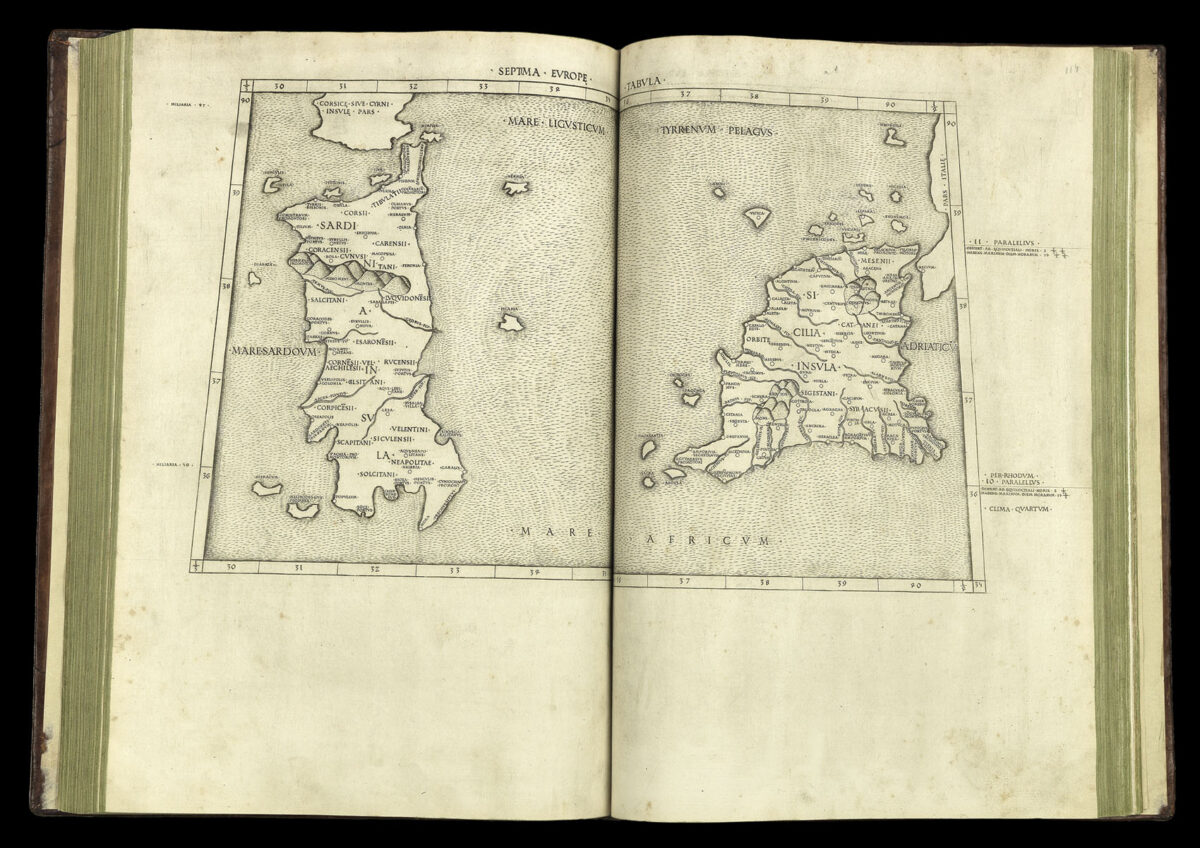 This map of the islands of Sardinia and Sicily is one of the earliest maps of the region.