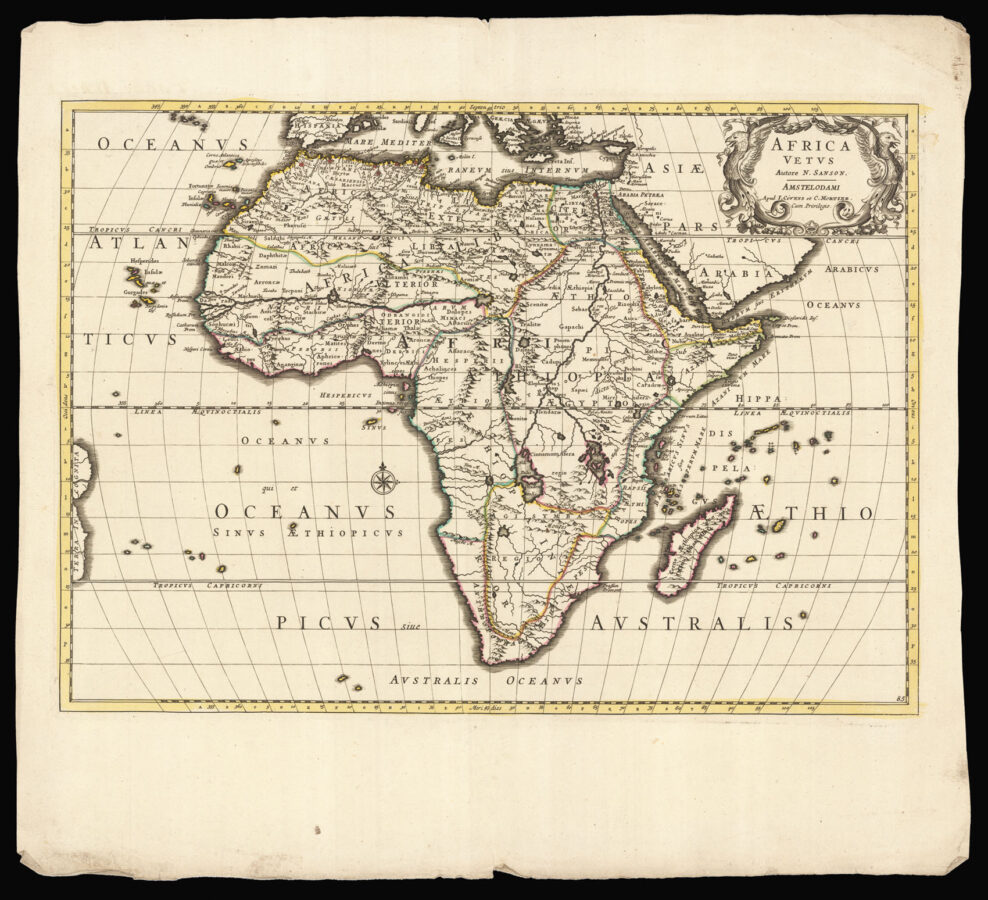 The map is one of a series that Sanson produced depicting parts of the ancient world. The map shows Africa (although of a modern shape) prior to the European discoveries. The interior follows Ptolemy and other antiquarian sources.

First published in 1650, the present map bears the imprint of the Amsterdam publisher’s Covens and Mortier, whom had acquired Sanson’s plates at some point around 1720.

Sanson supposedly began to make his own maps to supplement his study of history, and a map of Ancient Gaul made early in his career brought him to the attention of Cardinal Richelieu. This foothold in the French court allowed him to rise to the position of ​“geographe du roi”, teaching both Louis XIII and Louis XIV. Louis XIII even made him a counsellor of state. 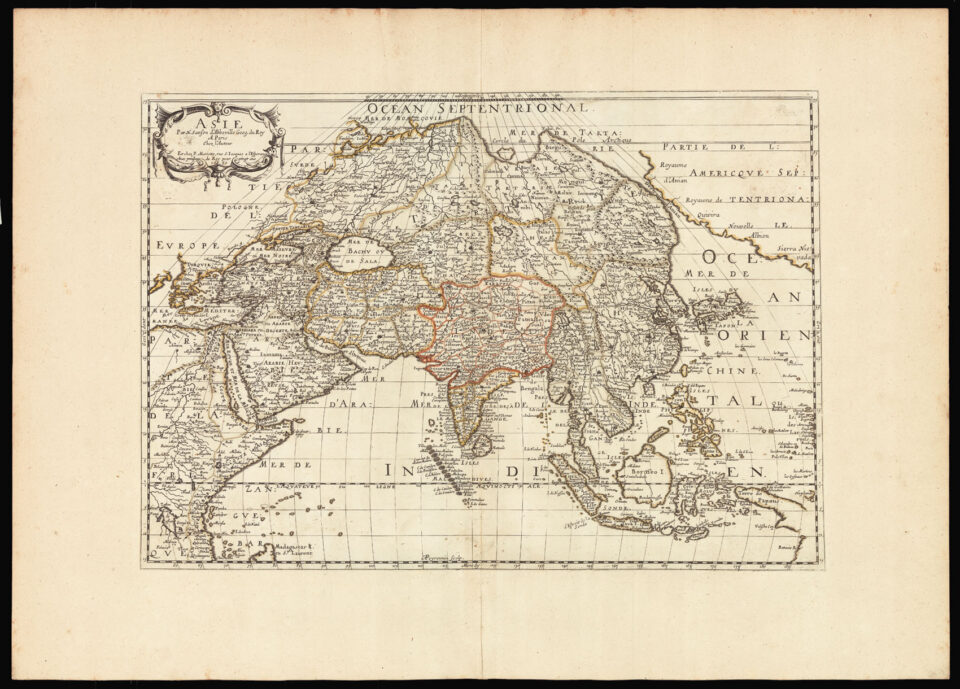