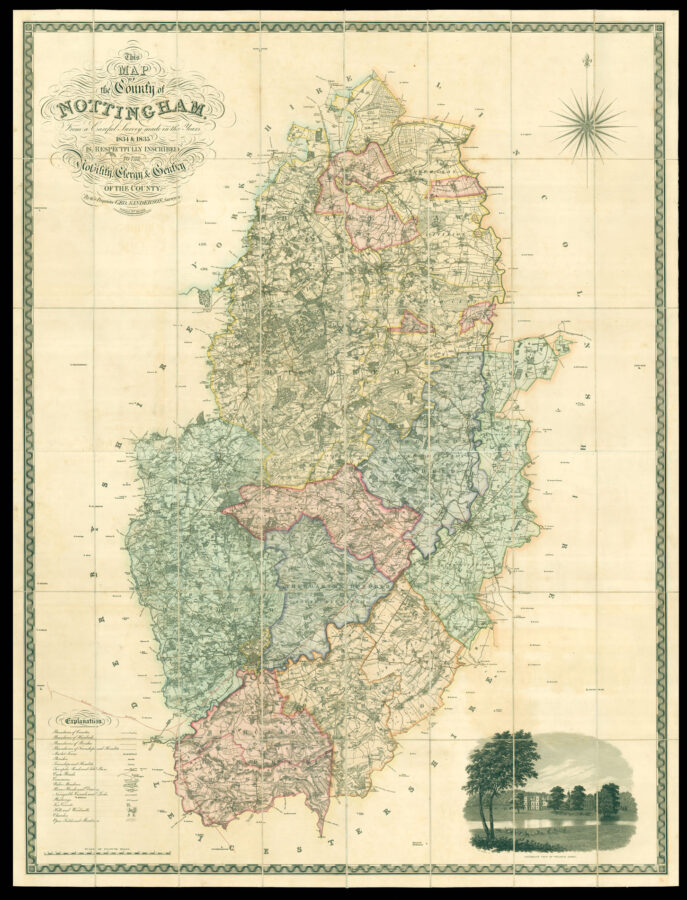 Map of the County of Nottingham from a Careful Survey Made in the Years 1834 & 1835 Is Respectfully dedicated Inscribed to the Nobility, Clergy, & Gentry of the Count, By the Proprietor Geo. Sanderson, Surveyor.

A highly detailed survey published ten years after Greenwood’s large-scale map of the county, it shows similarity to its predecessor but has much more detail especially with its use of conterminous boundaries, where even the parishes receive great attention. To the lower left of the map is an ​“Explanation” that called for the various administrative boundaries, market towns, parishes, townships and hamlets, turnpikes and cross roads, commons, river banks, open fields and meadows, churches and windmills. There is the usual ornamental border and to the lower right a vignette view of Welbeck Abbey from the southeast.

George Sanderson, a surveyor in Mansfield, Nottingham, is best known for his Parish and Poor Law Union map of the county of Nottingham, 25th March 1843; and the earliest printed map of Mansfield, the large circular Map of the County 20 miles around Mansfield, 1835.