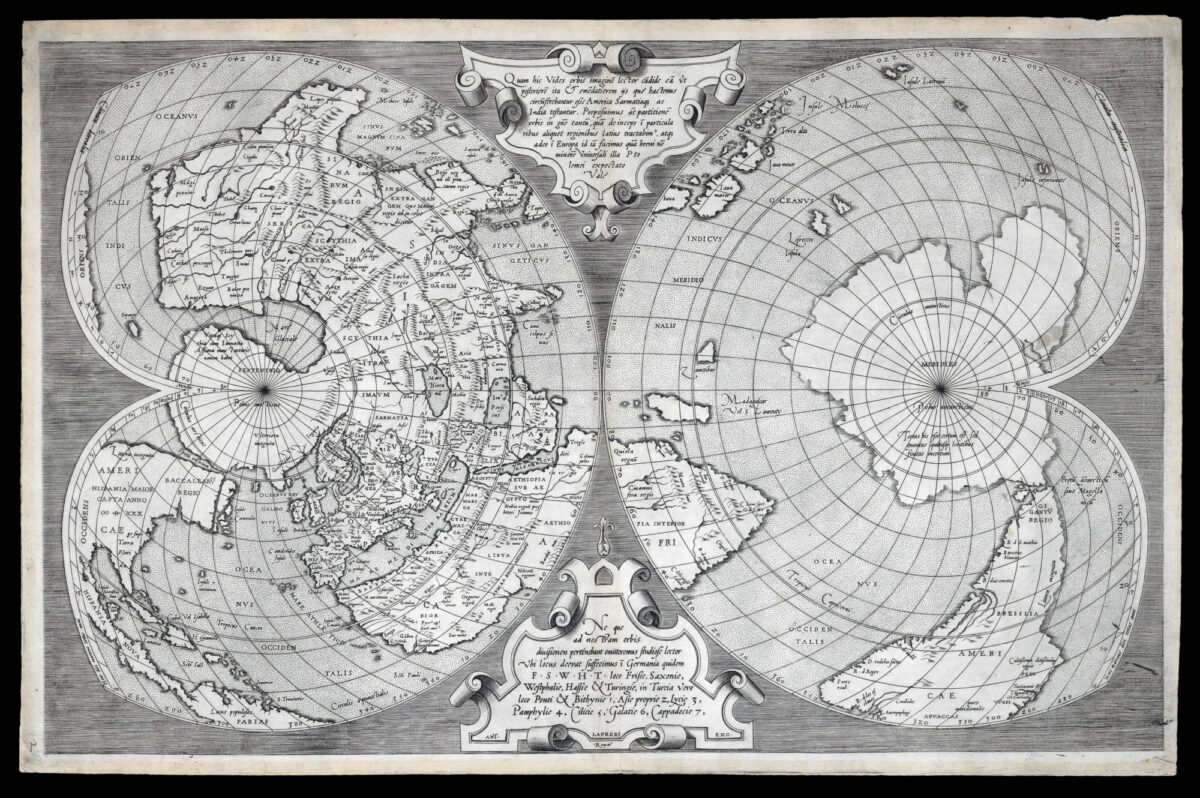 First published by Salamanca in about 1550, and based on the double-cordiform world map by Gerard Mercator of 1538. This issue, with Lafreri’s imprint, dates from after Lafreri had taken control of their joint publishing business in 1563.

Like its predecessors, Salamanca’s striking map ​“bisects the world on the Equator, with the southern hemisphere featuring a mysterious continent centred on the South Pole, centuries before the discovery of Antarctica. Following Mercator, Salamanca showed the Americas as being two continents, labelled north and south, and being entirely separate from Asia. A large ice-mass is shown covering the world’s Arctic regions. Salamanca’s rendering is distinguished from Mercator’s by his use of stipple engraving for the seas. Beyond being a most elegant artistic concept, cordiform maps were considered to be imbued with great emblematic significance by contemporary humanists, in that they linked the human heart, the innate source of reason, with the grander theatre of the world of human action” (Giorgio Mangani: Imago Mundi 50, 1998).

Lafreri, arguably Italy’s most influential and successful commissioner and publisher of maps, was in fact a Frenchman from Burgundy, born Antoine du Pérac Lefréry of Besançon, who settled in Rome in 1540 and in 1544 established his business as an engraver and print seller in the Via del Perione.

From 1553 onwards, Lafreri partnered with an established dealer, Antonio Salamanca, until the latter’s death in 1562. Lafreri was primarily a dealer and publisher, rather than an artisan in his own right. He carried in stock the prints made not only by his own establishment, but by others, and his own name appears comparatively seldom in the atlases attributed to him. 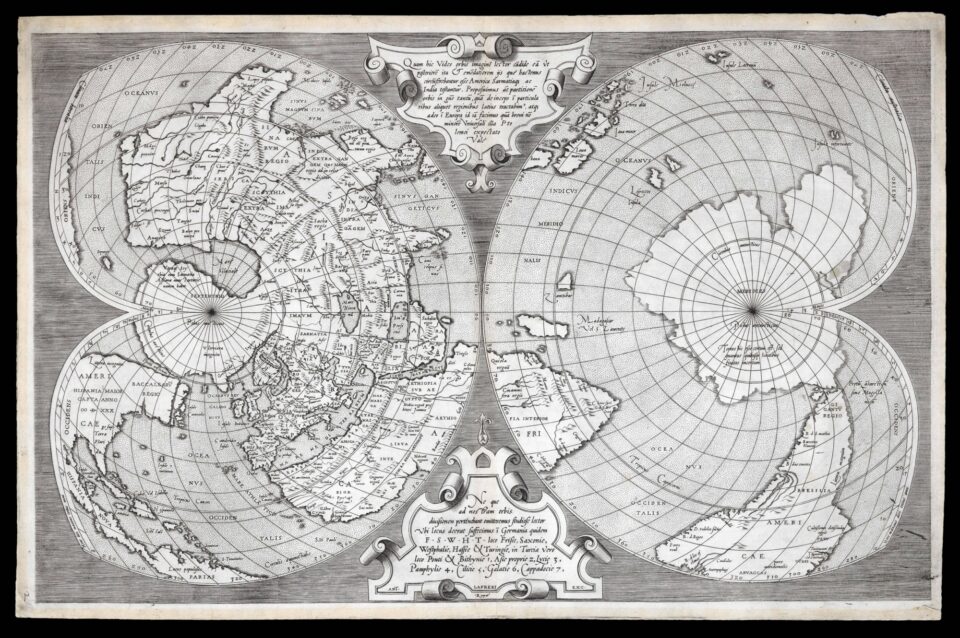