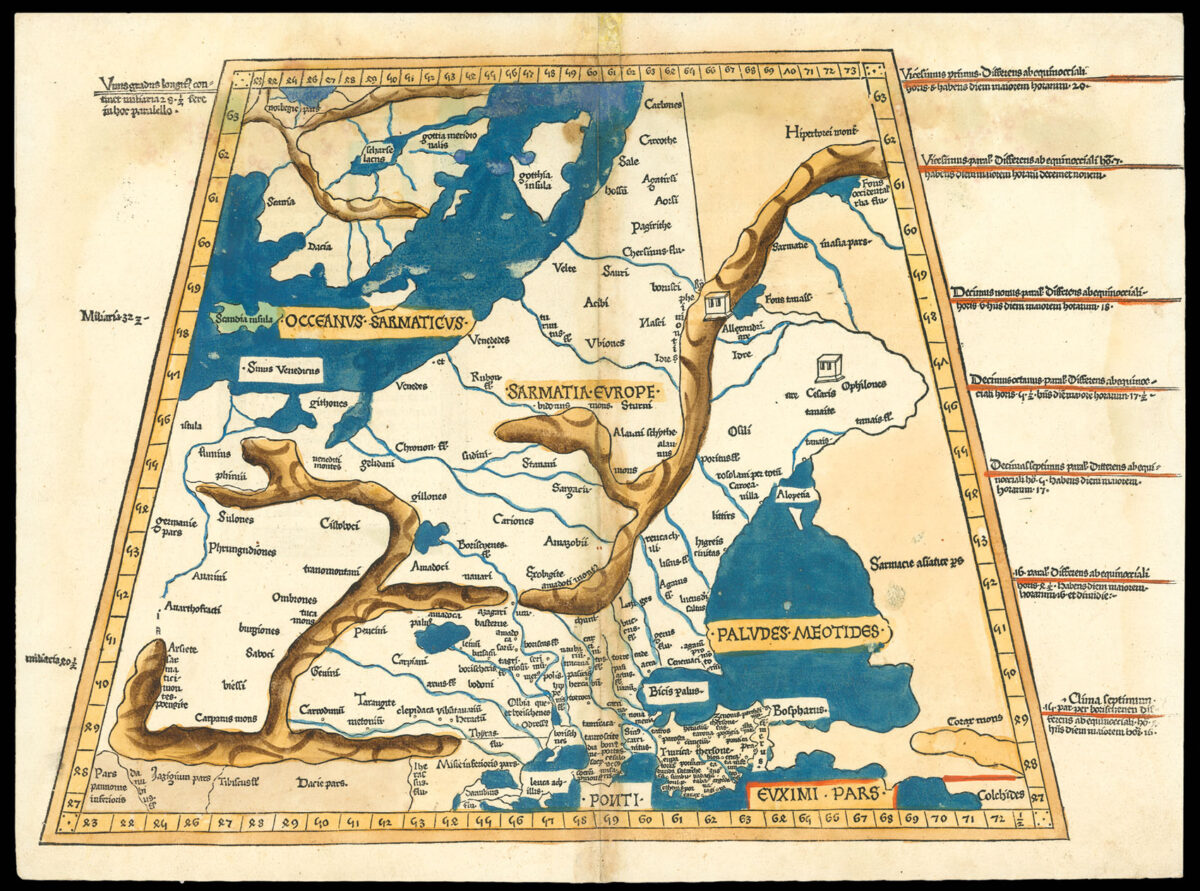 This striking map depicts Russia and Eastern Europe as envisaged by the second century A.D, cartographer Claudius Ptolemaeus, and is one of the earliest obtainable printed maps of the area. The map extends from the Baltic Sea in the north to the Crimea and the Black Sea. To the west is the Vistula river (“istula fluvius”), with a distended Azov Sea in the east. The majority of the map is marked ​“Sarmatia Europe” — the Sarmatian kingdom ruled a great swathe of central Asia between the fifth century BC and the fourth century AD. At its highly around the first century B.C. the empire stretched to the banks of the river Vistula.