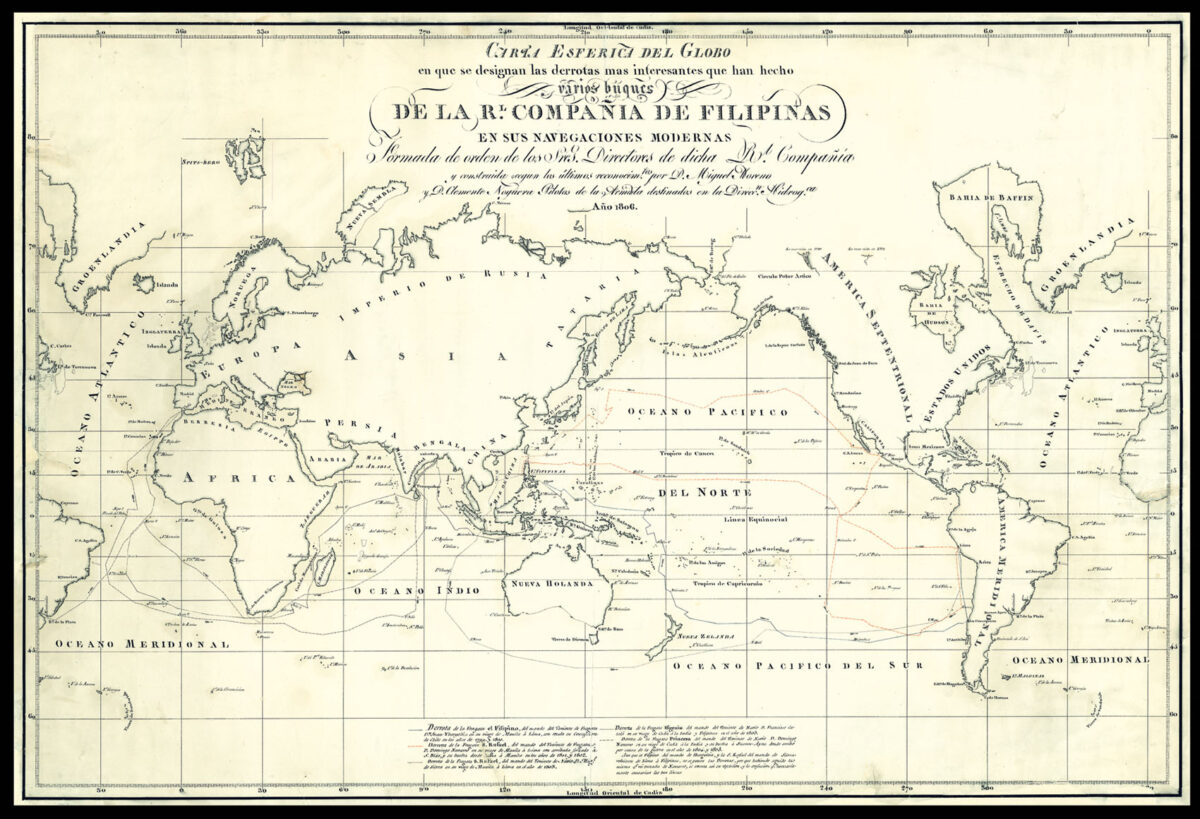 A manuscript map created for the Royal Company of the Phillippines, a body founded in 1785 to promote trade between Spain and its new colonies in the Philippines. The map is centred on the Pacific, with coloured tracks showing the routes of trade and exploration taken by Spanish ships. These trade ships made detailed maps of the areas they sailed through, and the map acknowledges the assistance of two navigators stationed in the Pacific. Although it provided trade opportunities, the Pacific was still a source of political tension. The frigate Ifigenia, for example, whose path is marked by a solid black line, was a French ship captured by the Spanish in 1795, which then saw service carrying troops to Suriname, before eventually entering the service of the Royal Company of the Philippines. It should be noted that the routes of the ships are confined either to the Pacific or around Africa: the trade route around the Cape of Good Hope was closed to Spanish vessels, meaning that they could not sail directly from Europe to their colonies. The foundation of the RCP was a crucial part of the commerce between them, and the success of the operation is shown by the director’s pride in commissioning this finely detailed and drawn map.