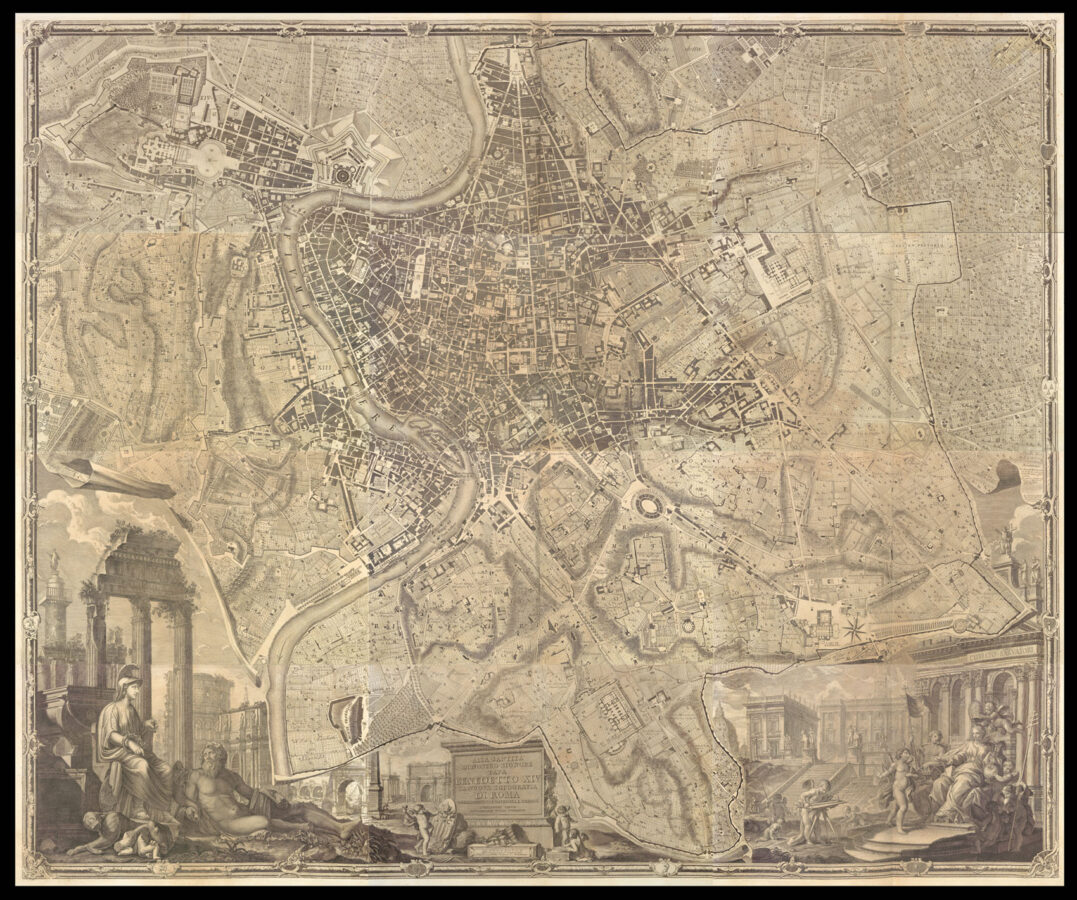 The finest of the eighteenth century plans of Rome and the first plan of the city based upon geodetic principles.

With Rocque’s plan of London and Bretez’ plan of Paris, Nolli’s plan ranks as one of the greatest eighteenth century plans of any European city. Rome essentially appears in its Renaissance form, with large areas within the ancient walls still occupied by villas with extensive fields, orchards, and gardens. The Colosseum, for example, still stands in virtually open country. Many important ancient sites, such as the Circus Maximus and the Forum, are shown in an unearthed state. The lower sheets are almost entirely taken up by lavish, finely engraved ornamentation by Stefano Pozzi. In the lower left corner is a montage of classical landmarks, including the Colosseum, Arch of Constantine, the Forum and Trajan’s Column, before which are allegorical figures including Romulus and Remus in the form of broken ancient statuary. The lower right corner contains an allegorical representation of the Church seated before Michelangelo’s assemblage of buildings on the Capitoline Hill. 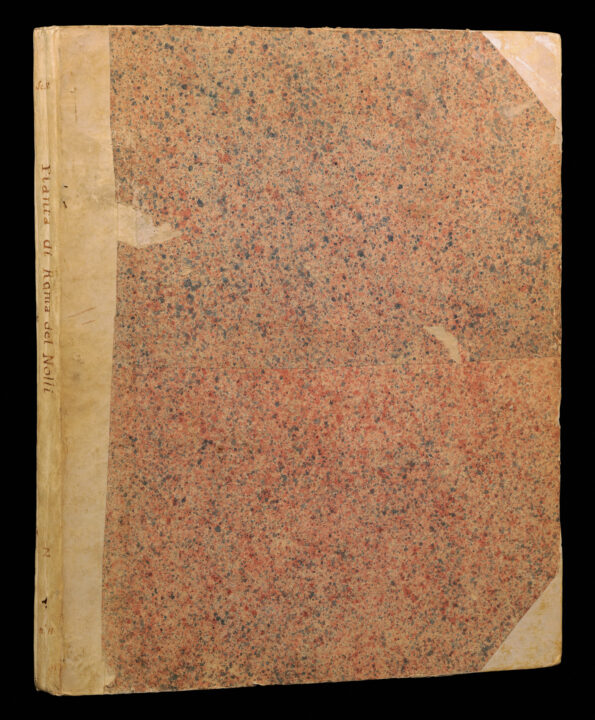