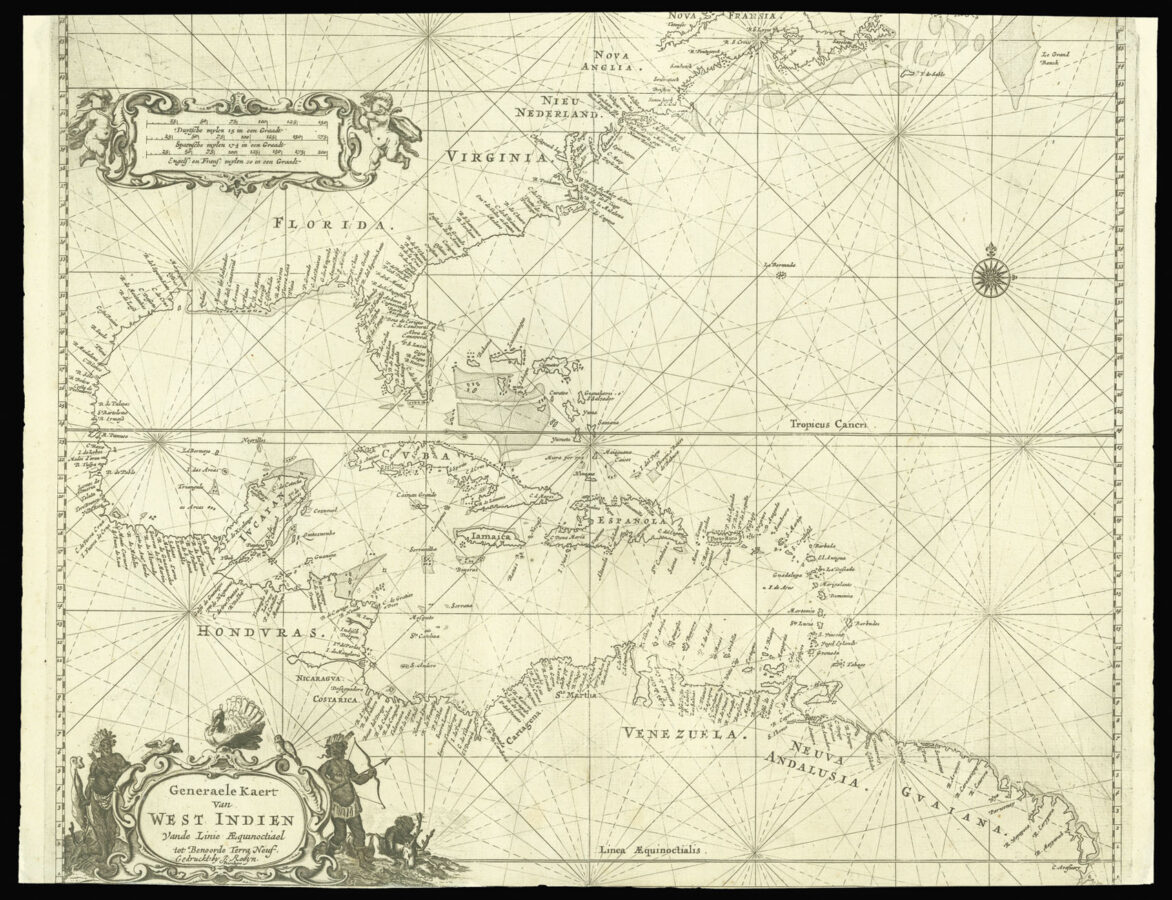 Third state of Roggeveen’s second, and more general chart of the western Atlantic Ocean, with the imprint and privilege of Jacobus Robijn. First published by Roggeveen in his ​‘Het Brandende Veen’ of 1675, the map shows the east coast of North America, the Caribbean, Central America, and northern South America. The map is derived from that of Hessel Gerritsz of 1631, although it extends further north, and includes Newfoundland. Interestingly, the map is unpaginated, and was probably not originally intended for inclusion in the pilot.

The first edition of the atlas was published in 1675 by Pieter Goos, however, due to the death of Goos in the same year, and that of Roggeveen four years later, a second edition would not be published until 1680, by which time the plates had been acquired by the chart dealer Jacobus Robijn. Robijn went on to republish the second edition in 1689, with a third edition appearing in 1698. After Jacob Robijn’s death, sometime between 1707–1717, the plates for his edition passed into Johannes Loots’s hands. He added his imprint to the majority of the charts and published an English edition in 1717.