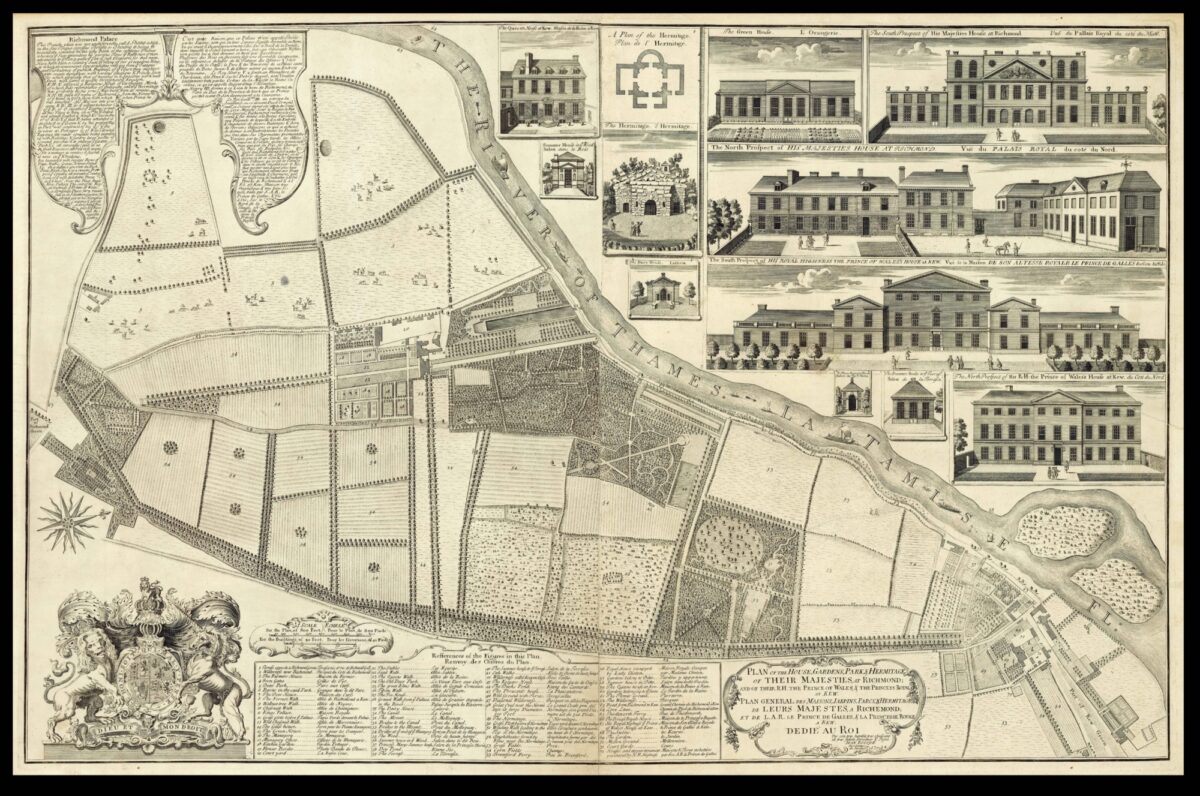 Plan of The House, Gardens, Park & Hermitage of Their Majesties at Richmond; and of their R.H. the Prince of Wales & the Princes Royal at Kew.

Rocque’s large and detailed plan of the Royal Residence at Kew, now Kew Gardens. There has been a garden at Kew since at least the early seventeenth century.

However, it was Prince George, with his wife Caroline, who developed a garden and landscape park next to the river. After they came to the throne in 1727 their son Frederick, now Prince of Wales, bought Kew House and began to lease lands to establish an estate that ran parallel to his parents’ grounds. These two estates are the basis of Kew today and are the reason why Kew is still known as the ​“Gardens”. Prince Frederick set about transforming his garden to include a large lake, follies, and groves of rare and unusual trees. Frederick died in 1751 and his widow Princess Augusta decided to carry on his ideas. She founded a botanic garden in 1759 on nine acres of land with advice from her gardener William Aiton, her botanical adviser Lord Bute, and architect Sir William Chambers.

This example is the second state of the plan, with the imprint of John Bowles erased, showing the full layout of the grounds. Buildings, formal gardens, and parkland are depicted in great detail. Below is the coats–of-arms of Frederick Prince of Wales, a key listing 72 places highlighted on the plan. Above is a short history of Richmond Palace, together with 12 elevations, and ground plans of the most notable buildings. The engraving of Kew was Rocque’s first estate plan, the medium in which he would make his name.