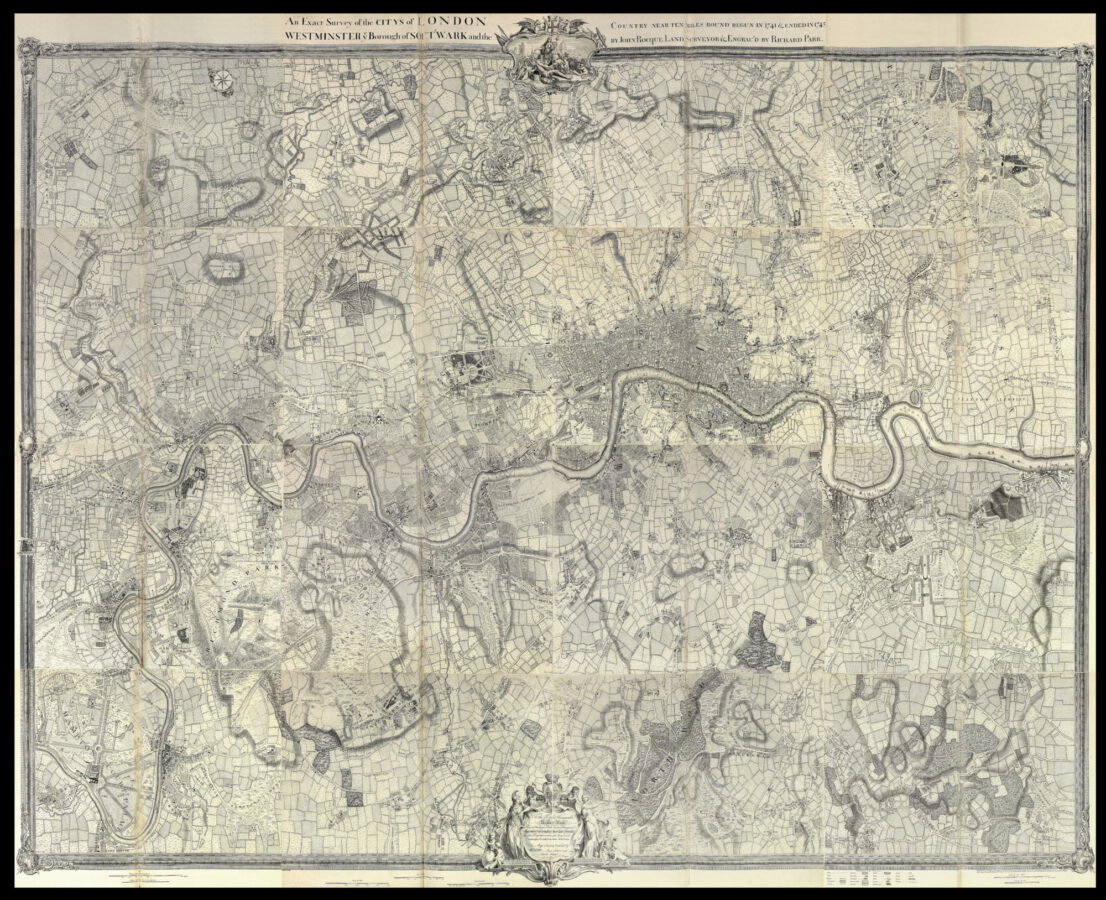 An exact Survey of the Cities of London and Westminster the Borough of Southwark, The Country near ten Miles round; begun in 1741, finished in 1745, and publish’d in 1746, according to Act of Parliament, By John Rocque Land-Surveyor: Engrav’d by Richard Parr, and Printed by W. Pratt.

One of the finest maps of — what is now — Greater London ever produced. It would appear that John Rocque, a French Huguenot, emigrated with the rest of his family to London in the 1730s, where he began to ply his trade as a surveyor of gentleman’s estates, and with plans of Kensington Gardens, and Hampton Court. However, in 1737 he applied his surveying skills to a much great task, that of surveying the entire built-up area of London. Began in the March of 1737, the map would take nine years to produce, eventually being engraved upon 24 sheets of copper and published in 1746. Whilst engaged upon this project Rocque was also working on the present map of the country ten miles round London, and on a scale of 51/2 inches to the mile, or one quarter of the scale of the large survey. The completed map was published in 1746.

This is the second recorded state of the map which has a few minor alterations, for example Whitechapel Mount is shown, and ​‘Mile End Old Town’ and Mile End New Town’ have been added along the roads. 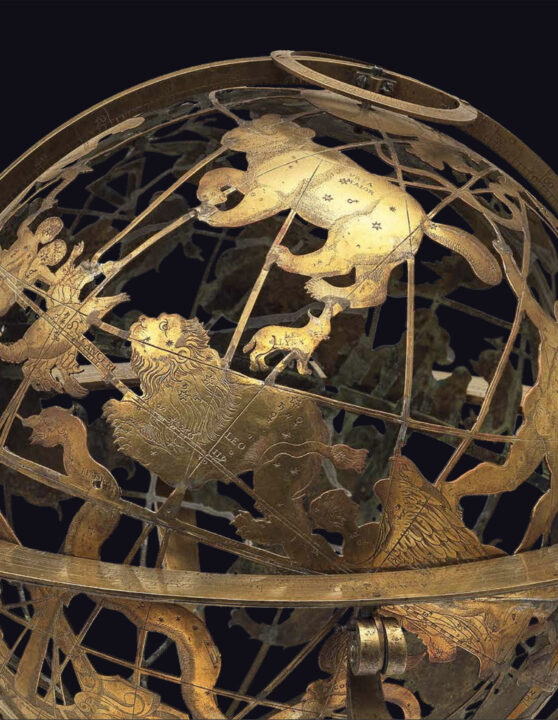