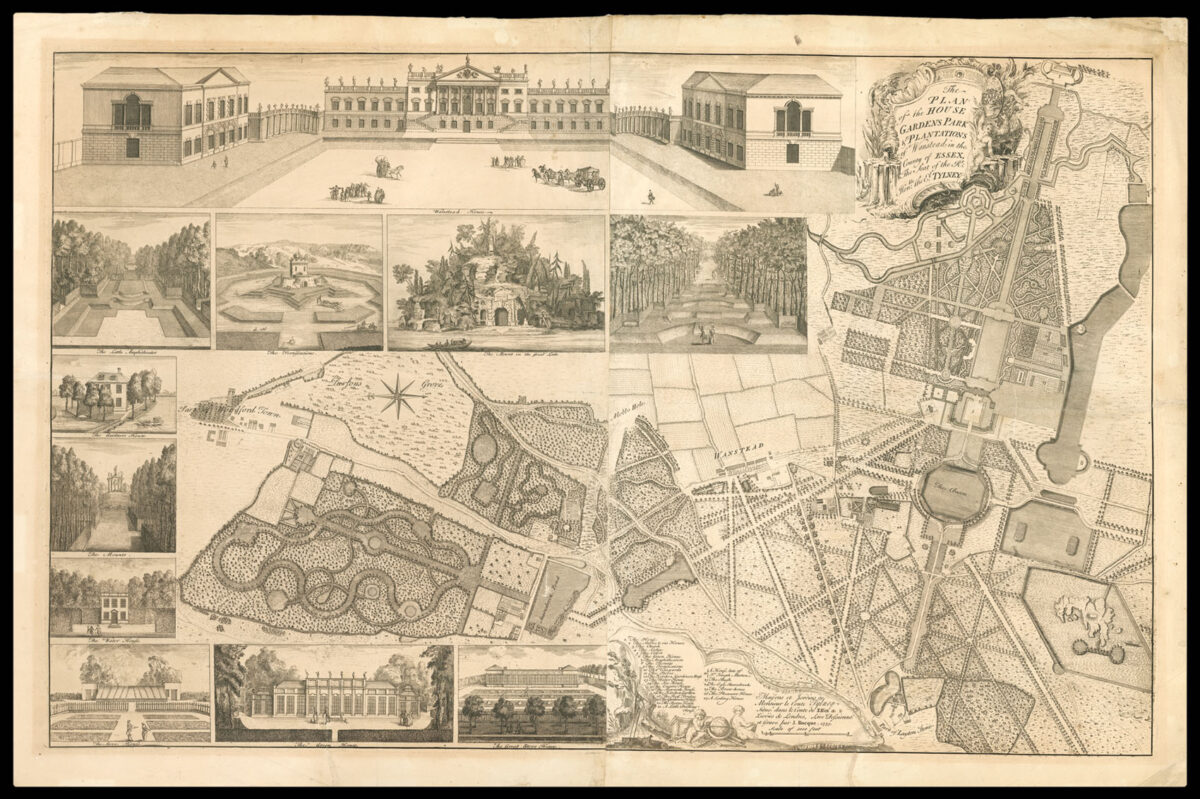 The house had been commissioned by Sir Richard Child in 1715. Child employed the architect Colen Campbell to produce a house in the grand Palladian style, to rival that of Blenhiem Palace, with the gardens being set out by the famous gardener John John. The plan depicts the estate in 1735 just after Richard Child had become Earl Tylney. Upon the plan is depicted several features that would never come to realisation; most notably the wings of the house which were never built.

It would appear that John Rocque, a French Huguenot, emigrated with the rest of his family to London in the 1730s, where he began to ply his trade as a surveyor of gentleman’s estates, and with plans of Kensington Gardens, and Hampton Court. However, in 1737 he applied his surveying skills to a much great task, that of surveying the entire built-up area of London. Began in the March of 1737, the map would take nine years to produce, eventually being engraved upon 24 sheets of copper and published in 1746. Whilst engaged upon this project Rocque was also working on the present map of the country ten miles round London, and on a scale of 51/2 inches to the mile, or one quarter of the scale of the large survey. The completed map was published in 1746. 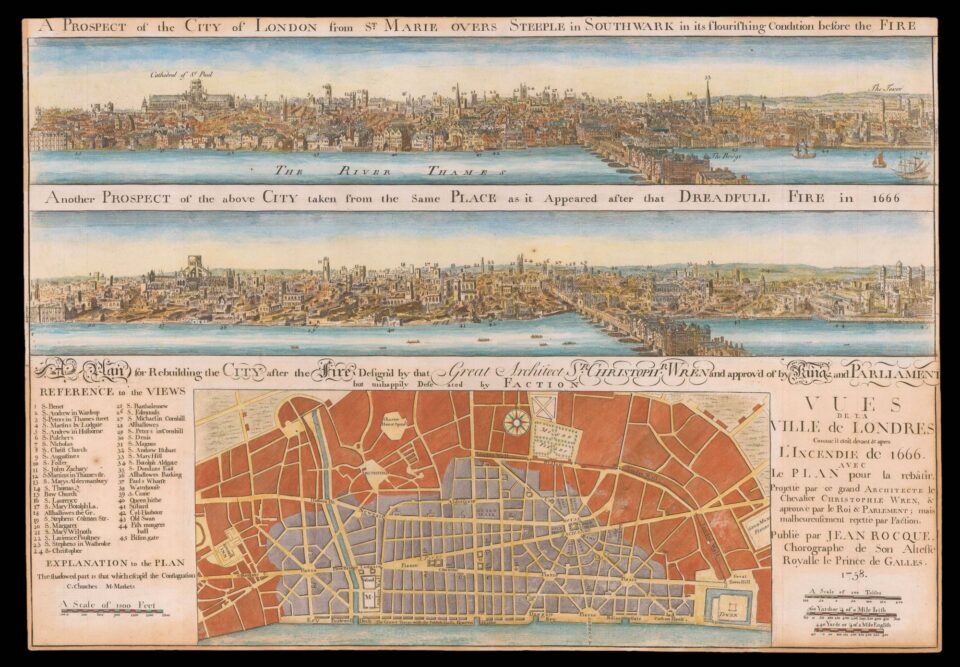