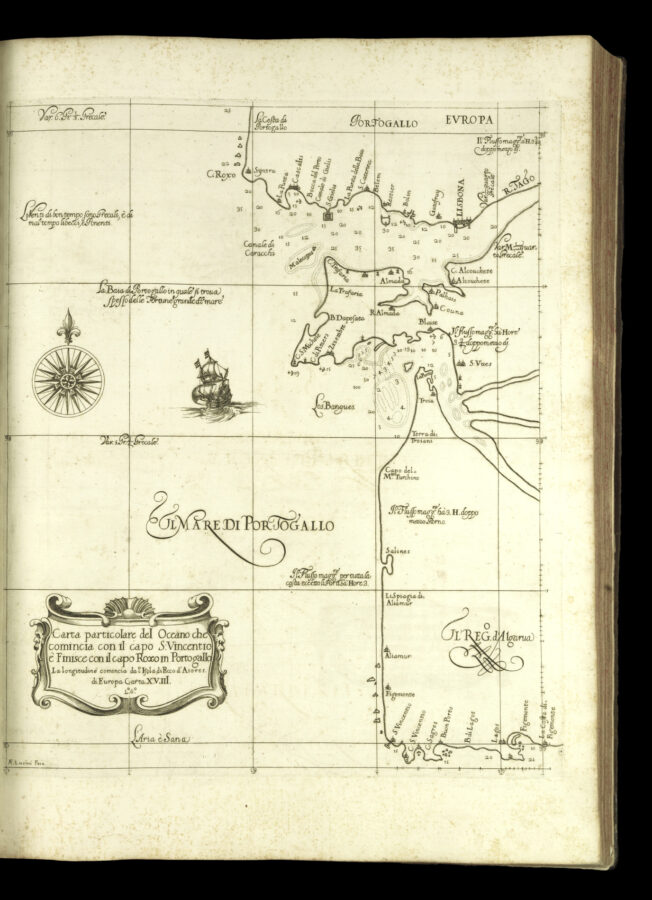 The map shows the coastline of Portugal around Lisbon and the Rio Tejo river.