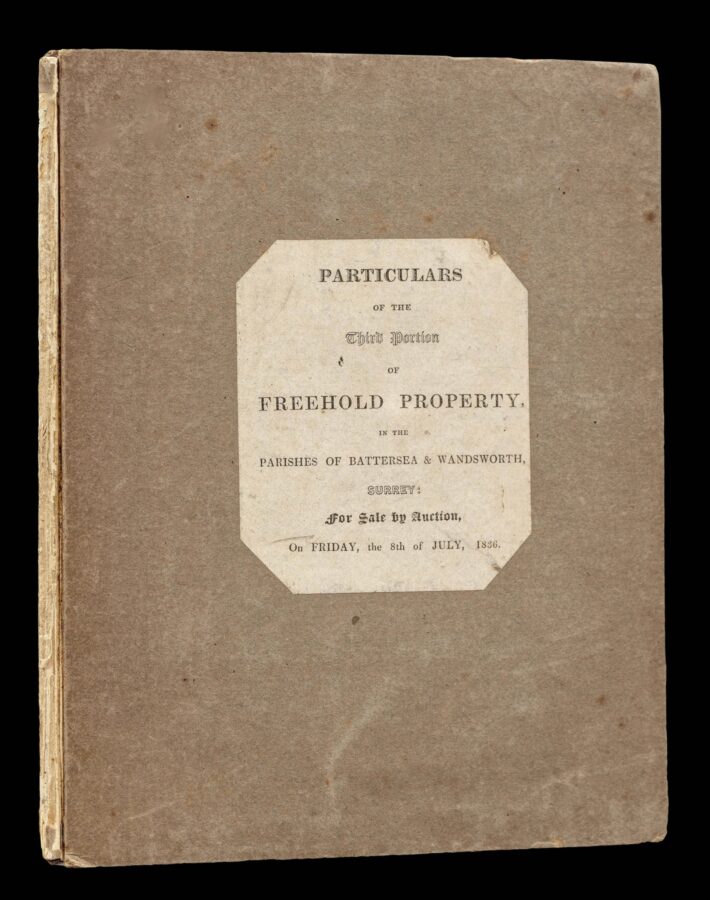 Battersea & Wandsworth, Surrey. Particulars and condition of sale of the third portion of very valuable property, in the Parishes of Wandsworth…

During the seventeenth and eighteenth centuries the area of Battersea was both a working town in support of the London market, but also as a residential suburb with retreats and retirement homes. Throughout the parish, large houses mixed with lower-class housing, highlighting a disparity in the population. Towards the later part of the eighteenth century the lordship of the manor changed hands and the area saw an attempt at improving its condition through developments such as the construction of the bridge and the opening of a coffee-house. However, the decline continued and the middle and upper classes almost disappeared, leaving reign to the working-classes. In the nineteenth century several new buildings and housing appeared and along the river new industries replaced the villas.

The map covers the area from today’s Plough Road to the east, St John’s Hill to the south, and approximately Wandsworth Roundabout to the west.

Alexander Rainy was an auctioneer of pictures and property. He published and lectured on matters relating to the sale of property, his texts and auction catalogues surviving in small numbers in institutions worldwide. Given the ephemeral nature of auction catalogues in particular, we are unable to locate another example. 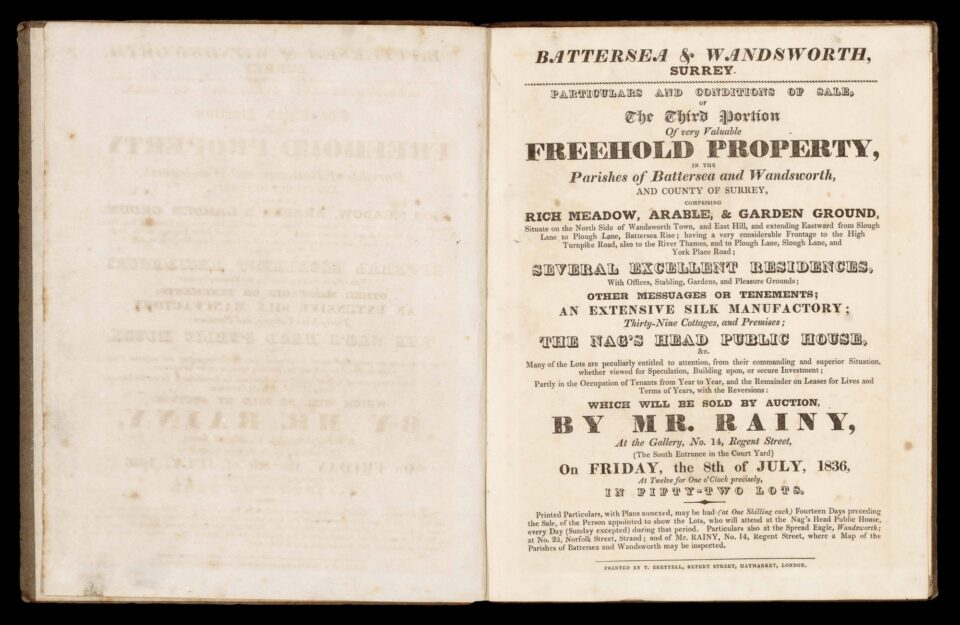 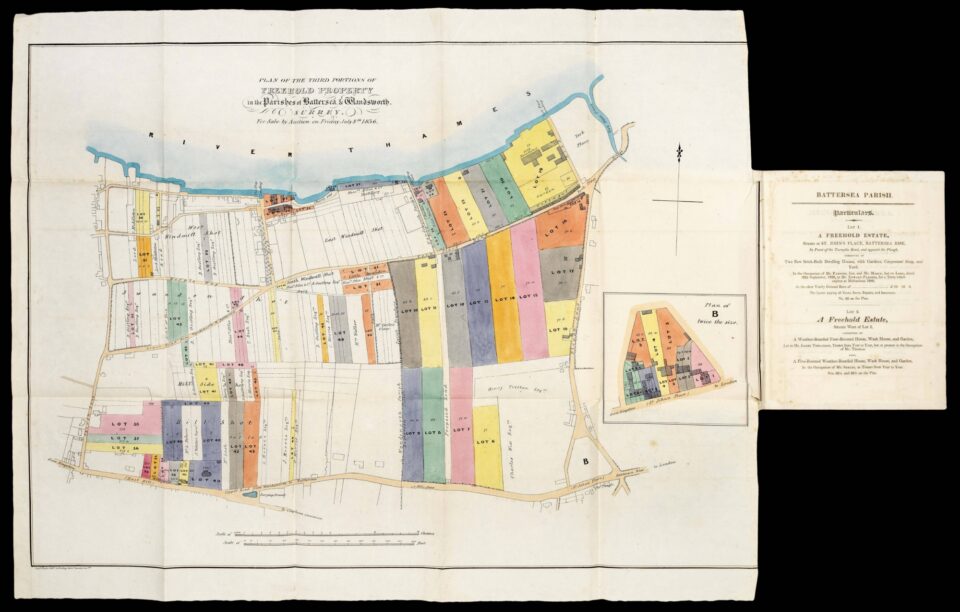 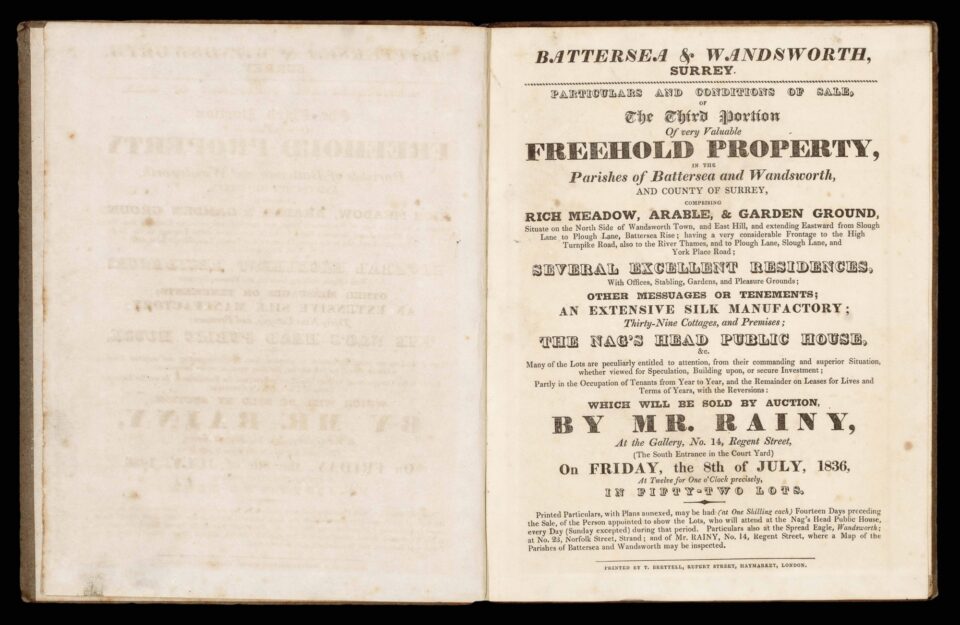 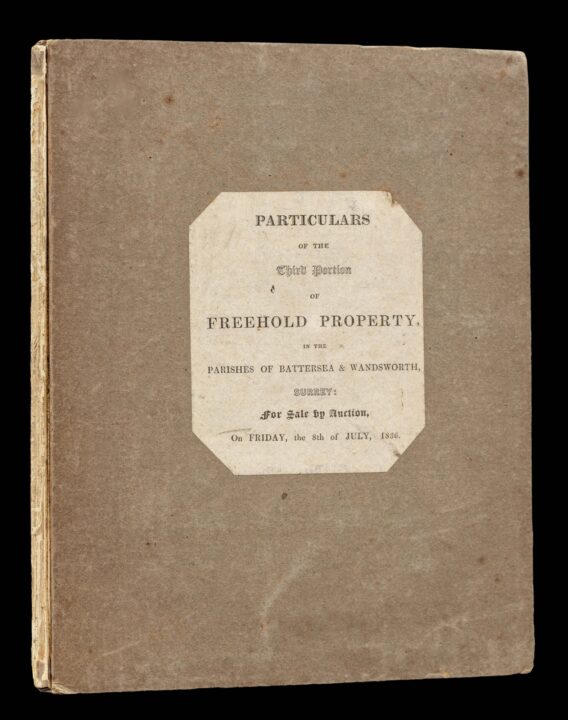