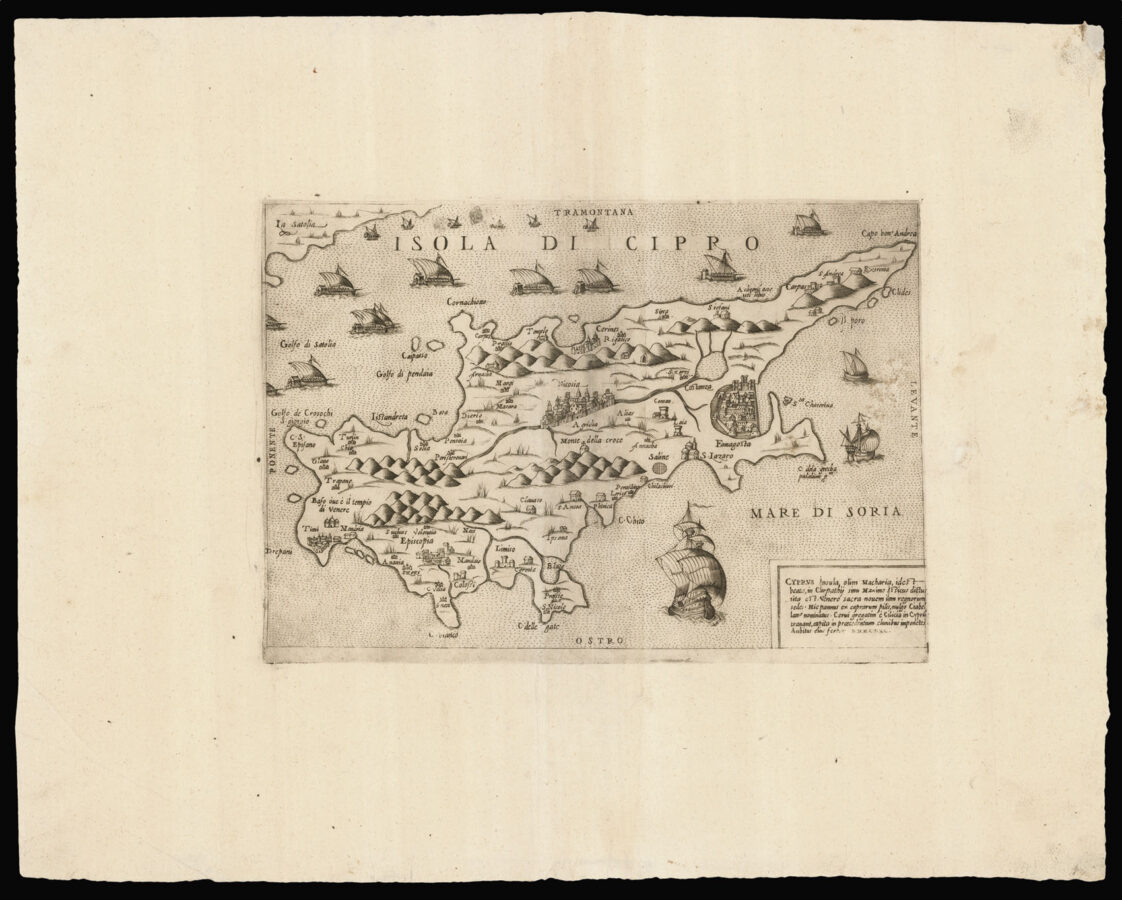 A map of Cyprus engraved by Paolo Forlani (Woodward), closely modelled on a map by an anonymous author published in Rome in 1560 (Meurer). The most important towns are represented in perspective, with the fortified walls of Famagusta shown in full.

The present map has been tentatively attributed to Donato Rasciotti (fl.1572–1618) as it appeared in a composite atlas at Christie’s New York, which contained several other maps with Rasciotti’s imprint. Rasciotti was a publisher in Rome and Venice, who is known to have been arrested in 1577 on suspicion of stealing maps from Lafreri’s shop.