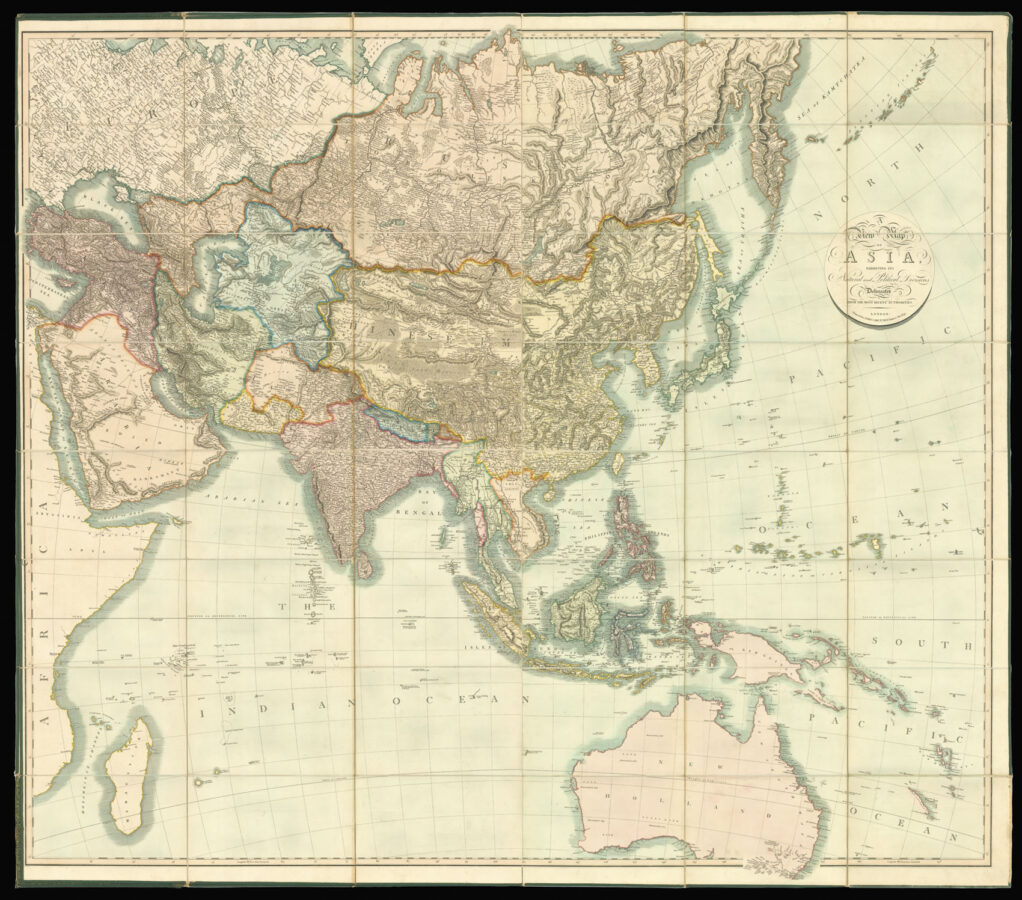 A New Map of Asia Exhibiting Its Natural and Political Divisions Delineated from the Most Recent Authorities.

A superbly detailed map of Asia showing relief, roads, rivers, mountains, deserts, towns and cities, and political boundaries. The map stretches from Belgrade in the west to New Caledonia in the east; and from Nova Zemla in the north to Sidney in the south. The work was part of a set of five four sheet maps, of the world and the four continents, and was first published in 1812. Herbert Fordham discusses the series in his survey of Cary’s output:

A ​“series of four maps of the four quarters of the world, each on four sheets, and published at £1. 5s. It is advertised in 1812 as ​‘just published’… In 1828 it is stated that these four maps are also sold ​‘with the new four sheet map of the world upon Mercator’s Projection, handsomely coloured, half-bound in calf, to form an atlas — price £8. 8s.’ ​”

The present map is very rare. Fordham states that he has been unable to find an example of the Asia, relying instead upon Cary’s advertisements for his information. We are only able to trace one institutional example, that in the British Library.