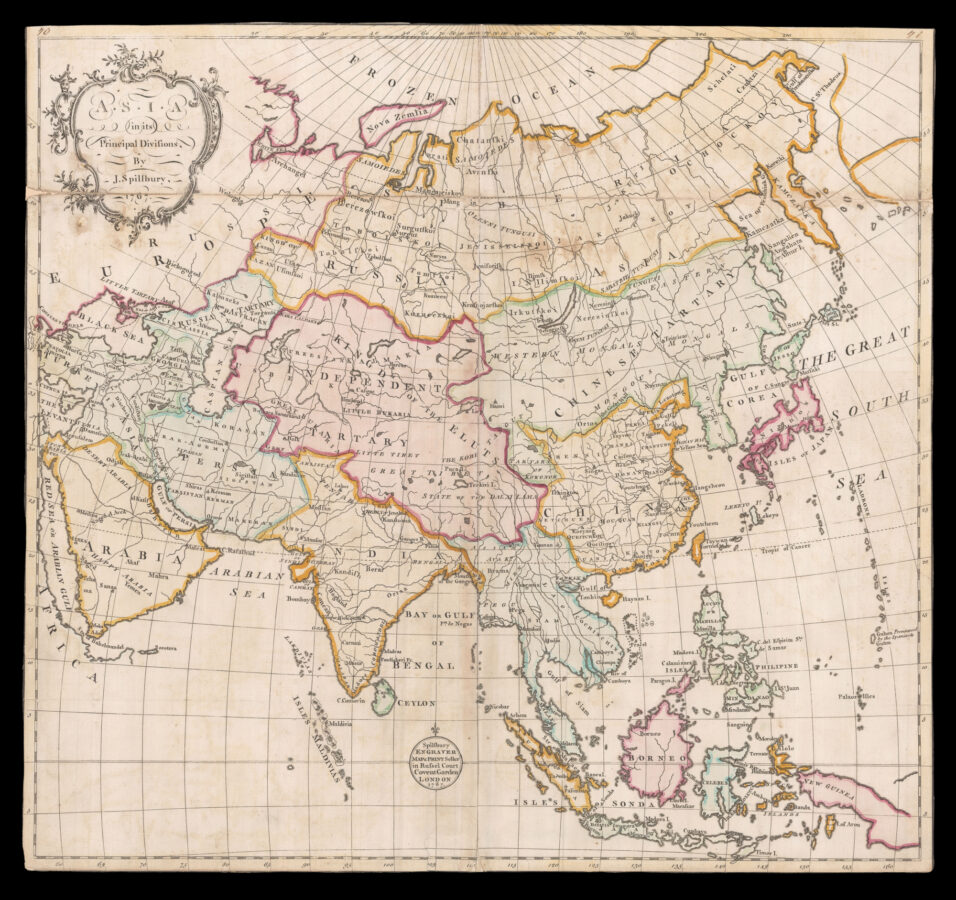 Asia in its Principal Divisions, By J. Spilsbury, 1767.

The present example, dated 1767, shows the continent of Asia, extending from the ​“Frozen Ocean” above Russia down to the islands of Indonesia. States are outlined, hand-coloured and labelled, with their significant cities, rivers and bodies of water also identified by name. As with many maps that were designed to be transformed into jigsaws, Spilsbury has placed more emphasis on strongly defined boundaries that would easily slot together when dissected, than of geographically accurate borders.The map of Asia would be cut into 21 relatively large pieces, including ​“Independent Tartary”, ​“Chinese Tartary”, and the sea-pieces. In fact, these were included as optional extras, with sets without them being significantly cheaper!

Exceedingly rare; we are only able to trace one institutional example: the British Library, lacking the Borneo piece. The present example of Spilsbury’s Asia map is made even more unique by the fact that it remains undissected. 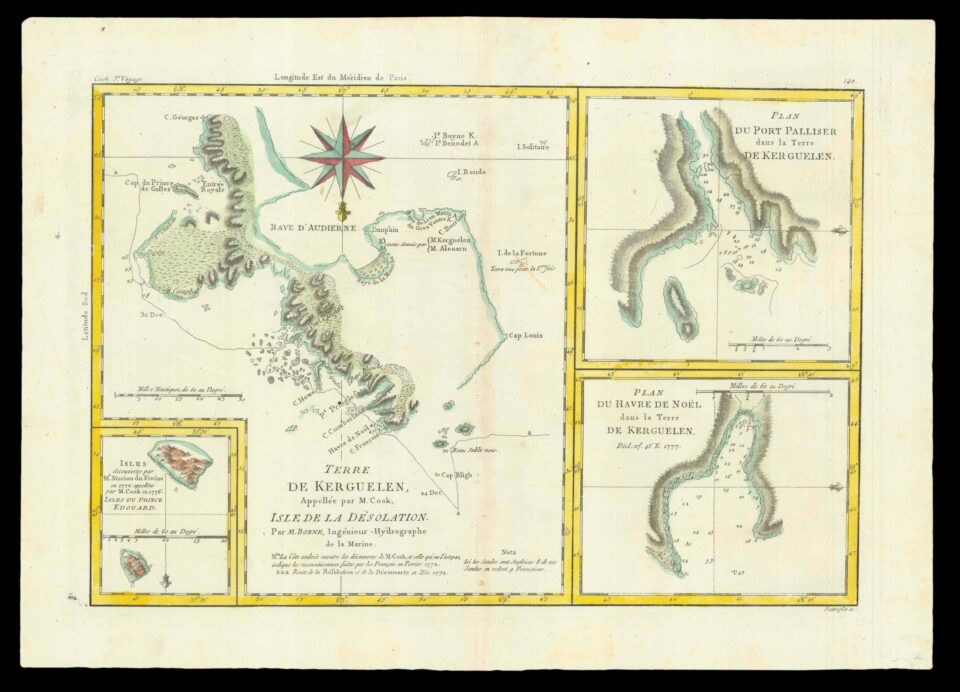