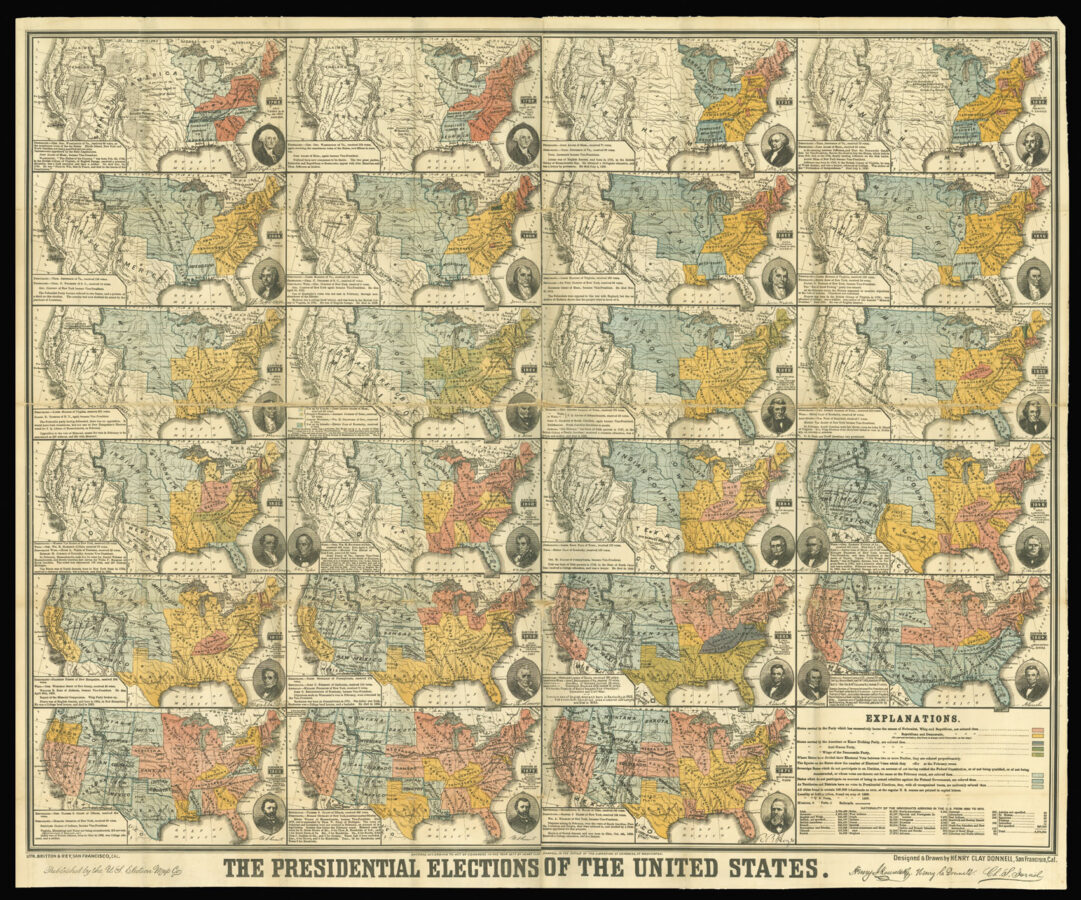 The Presidential Elections of the United States Map.

A key to the map lists the various parties: Federalist, Whig, and Republican (red); Republican and Democrat (yellow); The Know Nothing Party (blue); the Anti-Mason Party (green); Wings of the Democratic Party (green and yellow). Votes in the Electoral College are shown within each state; independent states not involved in the elections (vertical blue lines); states involved in armed rebellion with the Federal Government (blue check); and territories with no voice in the elections (horizontal blue lines). The cities with populations over one hundred thousand are marked by capital letters, as are the locality of Native American tribes and U.S. forts. Railroads are marked with a hatched line, forts with a square, and missions with a cross. Below the key is a table of the number of immigrants by nationality, between the years 1820 and 1870; with the total said to be over eight million, with some five million being Irish and German.

Rare the OCLC records only three institutional examples: The Library of Congress; Huntington Library; and Library of the University of San Diego.